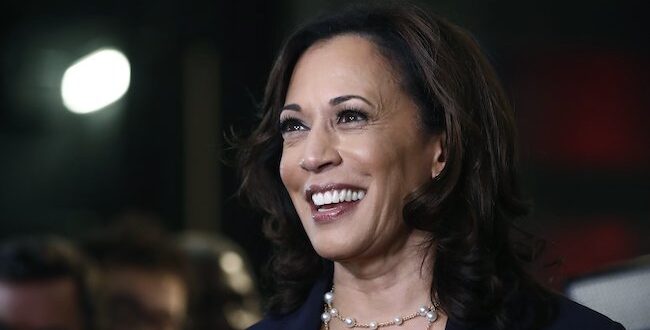 In this June 27, 2019, file photo, then-Democratic presidential candidate Sen. Kamala Harris of California listens to questions after the Democratic primary debate hosted by NBC News at the Adrienne Arsht Center for the Performing Arts in Miami. (AP Photo/Brynn Anderson, File)

I suppose I wasn’t really surprised when I read recently that some Southern Baptists have started to defame our vice president, calling her a “Jezebel.” I think I know what they mean by that, I grew up with the term as a form of slander against “uppity women.” I know they do not mean well to our Vice President Kamala Harris. They are showing us their white supremacist, patriarchal, misogynistic worst. And they are misusing Scripture while they are at it.

The whole damned story line is unfair to Jezebel. I actually think I would have enjoyed her. I would have probably invited her to speak to our church about her culture and her religion.

But that’s another story. I read Scripture with a hermeneutic of suspicion, maybe I only get a little of that story, from so very long ago. Ancient texts need to be read with humility…so maybe there is a lot I don’t know still.  Maybe. Maybe those white boys don’t know either, and could use a little humility right now.

What I do know, in this day, and in this time, is that I preached a sermon with our vice president right in the middle of it, as a symbol of Jesus’ healing power, and as one who, like Jesus, has the power to drive out demonic forces.

Standing there, in front of yet another patronizing, smug, officious male, and telling him, without equivocation of any sort, “I am Speaking”… was powerful stuff. I caught my breath in shock, and awe.

Healing for so many of us women, and an especially powerful kind of healing for women of color, and immigrant women. Women all over this country cried, and laughed with relief. With joyful tears and loud shouts they filled my Facebook page and Twitter.

To stand and swear in senators and cabinet members of these beloved and embattled United States…to proudly fulfill her duties as our vice president…made Kamala Harris a healer of American souls, like Jesus himself.

And when she knocked down the misogyny, the racism, the anti-immigrant bigotry and hate with her smarts, and her smile, with her charming husband, and her powerful record of political service…she was casting out demons for so many of us! We could sleep without nightmares and awake from despair. She drove those demons away! We could begin to believe that we were moving into a better day, and we could find the courage to get to work with her, to make that better day possible for the children of the world; the girls, and the boys.

She stands there, straight and proud, smart and beautiful and brown…and she heals us of our fears and our hurts. She drives out the demons of misogyny, and prejudice, and racist filth, and stands tall and asks us to work with her on this mighty, hope filled, driving mission…to make America a “more perfect union.”

I am healing, and I am stronger, and braver, and oh so grateful, to my vice president, for her healing power. Amen.

Join FāVS for a virtual Coffee Talk on Saturday. CastroLang is a panelist.

Previous Performative Activism—Are Religious Organizations Part of the Problem?
Next VIDEO: Coffee Talk “It Happens There & Hits Us Here: How the Events in DC Affect Our Faith (and non-Faith) Communities”

Are We At It Again? - SpokaneFāVS