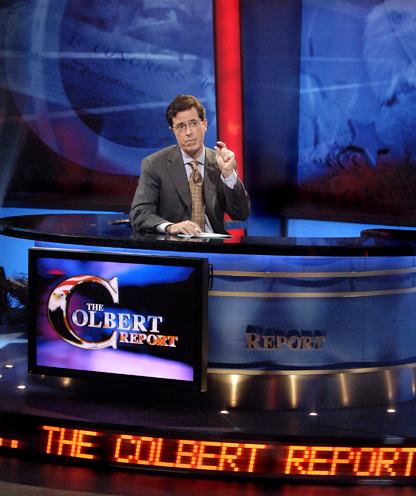 Around the same time the YouTube trailer sparked violence in parts of the Muslim world, Harvard Professor Karen King disclosed an ancient papyrus in which Jesus supposedly said “My wife …”

Christians believe Jesus was never married and the insinuation that it might be otherwise could have seemed sacrilegious to a vast number of Christians.

Given that the whole case rested on one incomplete phrase, “My wife …” most reporters and writers treated the finding lightly, which was further discredited when other evidence surfaced that the papyrus might have been a fake.

What I found interesting was the response from the comedy shows. Perhaps the funniest response was the treatment on the Colbert Report.

Colbert’s video did not go viral on YouTube nor did it incite any violence. In fact, it hardly got any attention. Though the video might be offensive to some, nobody tried to ban the video or shut down Comedy Central.

In the aftermath of the YouTube trailer, many Muslims, including the Egyptian President Mohamed Morsi and even some of my students, supported limits on free speech in the interest of religious sensitivity. That would never happen in the United States, where free speech is a cherished ideal more than any other. And so it should be.

Over the last two years, approximately 40 students from the Middle East have visited the Murrow College at WSU in Pullman, WA, for training in new media and journalism. These students and I have sparred on various occasions over the importance and challenges of free speech. I am curious whether they would consider this video as offensive to Christians. Does this video cross the line?

Prabu David, Ph.D., has a strong interest in religion research.