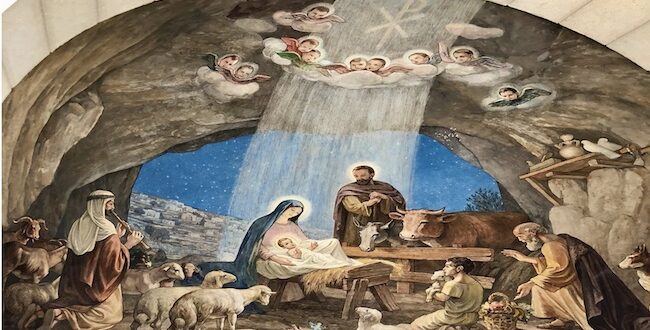 Jesus in Islam and Christmas for Muslims

Jesus in Islam and Christmas for Muslims

The Christmas season is upon us as many around the world celebrate the birth of Jesus. I thought this is the perfect time, coming from the Muslim faith, to explain the significance of Jesus in Islam and share facts that many are unaware of, regardless of their beliefs and backgrounds.

Jesus, son of Mary in Islam is known as Isa Ibn Maryam. In the Quran (Islam’s Scripture), Jesus’s name is mentioned more than the name of Prophet Muhammad (pbuh). Jesus name is also followed by ‘peace be upon him’ out of love and respect just like Prophet Muhammad, (pbuh).

The 19th chapter of the Quran is dedicated to Jesus’s miraculous birth called, “Maryam – Mary.” Virgin Mary is also the only woman mentioned in the Quran by her name.

Jesus is mentioned in the Quran as a Messiah, righteous prophet, messenger to Israel, sign and spirit from the God. This Messiah, Isa, and Jesus are the same person. The only thing that differentiates them is the nature of the belief between the two faiths.

And when the angels said: ‘O Mary! Allah gives you the glad tidings of a command from Him: his name shall be Messiah, Jesus, the son of Mary. He shall be highly honoured in this world and in the Next, and shall be one of those near stationed to Allah.And he shall speak to men in the cradle and also later when he grows to maturity and shall indeed be among the righteous.’

For Muslims, Isa Ibn Maryam is a prophet of the highest esteemed born to Virgin Mary, a miracle of God Almighty, but not divine. They believe that since infancy he could talk, breathe life into a bird made from clay, heal the blind and the leper and gave life to the dead.

For Christians, Jesus is not only a miracle of God Almighty born to Virgin Mary but also the son of God. They believe on the doctrine of the Trinity, there is one God who is Father, Son and Holy Spirit.

Muslims do not celebrate Christmas based on their religious stance. Christmas is celebrating the birth of Jesus (pbuh), who is considered the Son of God in Christianity. This goes against the fundamental monotheistic belief of one God in Islam.

Say: He is Allah, the One and Unique; Allah, Who is in need of none and of Whom all are in need; He neither begot any nor was He begotten, and none is comparable to Him.

The majority of Muslims do not to celebrate, participate or wish their Christian friends, co-workers and neighbors Merry Christmas. They fear of acknowledging or endorsing a stance they do not believe in. At the same time ,many Muslims around the world do celebrate Christmas in their own ways with their Christian neighbors, family and friends by decorating, exchanging gifts or sharing meals. I participate in Christmas by exchanging gifts and sharing a meal with my extended family. In my personal view those who do this do not intend to create an innovation within their own faith or endorse any other religious belief that goes against their own fundamental belief.