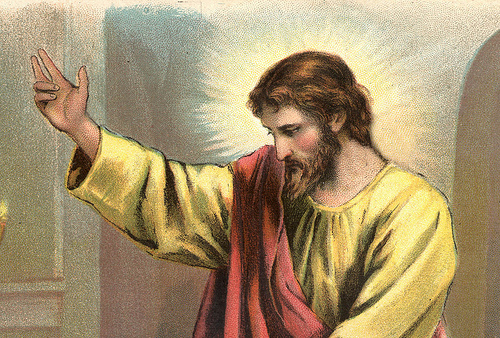 Did Jesus have compassion fatigue? 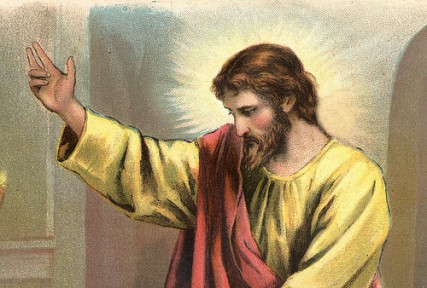 There’s a hollow, helpless sadness that isn’t talked about much. It comes to those who aren’t the victim of trauma, but the witness. Jesus, of course, was both.

Compassion fatigue, or “burn out,” is the common enemy of anyone who has ever cared for another to the point of emotional exhaustion. The giver has a feeling of depletion. It’s often the result of feeling little or no reward, or reciprocation, for the service rendered. Clearly, most of us have or will experience it.

It’s something I’m still trying to understand. It’s led me to ask, what would Jesus do? I know he knows how I feel, but did it ever exhaust him to give his healing energy to others? To witness and touch and love so many people in need of healing? He comprehended the sin and suffering of the whole earth and overcame it.

My first thought is, he didn’t suffer for being selfless, he was perfect, I’m not.  But of course that’s exactly what He did do. He suffered. For us.

And I remind myself, perfect doesn’t mean he wasn’t like us, didn’t experience a range of emotions, including negative ones, and deficiencies. The Gospels clearly demonstrate that in his earthly experience he felt hungry, thirsty and tired. Why not emotionally tired? Is a lack of sleep much different than what the caregiver lacks? He walked a very lonely road.

But could he really tire of being compassionate; he who taught us to love our enemy and go about doing good? Isn’t service supposed to replenish us and bring us joy, not make us sad and frustrated? Maybe that’s where he comes in?

I met a social worker in one of the congregations I served in on my Church of Jesus Christ of Latter-day Saints mission. She told me she won’t work a case unless the people she helps are willing to fulfill the changes she asks them to make. She says it’s only rewarding if the person you’re helping is willing to try.

Of course, not everyone picks their cases.  And I’ll bet Jesus feels a lot better when we try.

She gave me a list of Bible passages that, to her, comment on compassion fatigue. And I am passing them on to you:

I want to cast my burdens upon the Lord. I know I can’t be anyone’s savior; they already have one. I know he descended below it all for us, and the depth of his love and power will conquer all the earthly foes that sadden us. I live by faith that, someday, all our wrongs will be made right, and “joy cometh in the morning.”  I want to picture the story of life as one of blazing victory.

But sometimes, I don’t quite know what to do with all the sad stories and secrets I’ve become the keeper to over time.

Sometimes, I feel like they are silent ghosts who join me everywhere. And I’m not just sure how to put them to rest.

And I wonder how Jesus felt.