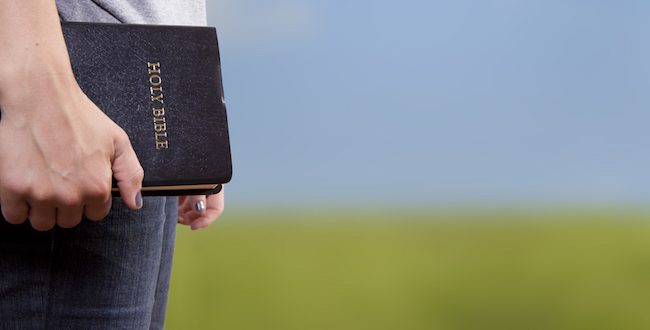 Jessa Lewis plans to bring Pop Up Church to Spokane

“This year I think more leaders than ever are going to rethink our centuries-old model of making people come to a building on Sunday,” says Carey Nieuwhof, founding pastor of Connexus church in Ontario. “That’s a remnant from a day when everything was done on a set clock.” Nieuwhof points out this method of doing church is based on a model that hasn’t kept up with today’s cultural change. In a blog post urging church leaders to try new ways to reach the public, Nieuwhof calls out church leaders who are slow to adapt. “The gap between how quickly you change and how quickly things change around you is called irrelevance.”

“Shopping happens on your phone 24 hours a day, not during the set hours of a physical store that has limited stock. Streaming has changed how we listen to music,” Nieuwhof says.  “And yet in the church, we perpetuate a model that says ‘We have services on Sunday. We do midweek services. And that’s how we help you come into a relationship with Christ.’”

She thought of the idea in December 2018 when attending a Christmas Eve service with her family.

“I was with my mom and daughter at St. John’s Cathedral for the Christmas Eve service and the symphony was there playing ‘Handel’s Messiah’,” she said.

While it was an awe-inducing sight, something wasn’t quite right.

“It was too perfect,” Lewis said. “I was thinking of a child born in a manger and how imperfect settings can be the most precious.”

Despite the beauty of her surroundings, she wondered if they might be a barrier to some people who struggled to relate or had been wounded by past experiences with religion. “They may not be comfortable walking into a church at this moment, but they might come to a neutral space where the focus is on service to the community, like the early church,” she said.

Lewis, who has in the past been homeless, grew up a moderate Christian and became an Evangelical at 18. Today she calls herself a progressive populist.

“I still resonate with the stories of the Jesus who hung out with the broken and undesirables and flipped over the tables of the money changers in the temples,” she said.

A chance encounter and conversation in an airport with Rev. William Barber III of the Poor People’s Campaign encouraged her to take her church idea further.

“It planted a seed in me for the need to reclaim the work and message of Jesus from those hawking hate, division, and prosperity doctrine. He was about helping the poor, the sick. He was for justice,” Lewis said.

Lewis plans to host monthly services curated around specific themes, with rotating locations and guest speakers and musicians. She met in late January with potential stakeholders for the project and they are hoping to launch this spring, potentially on Easter.

Lewis sees the potential church as non-denominational and fluid.

“It would hopefully be a way to facilitate cross-pollination, relationships, and discovery,” she said. “We have churches in the area doing great work, but there is still a need to better connect with younger folks or people who may not be comfortable in a traditional setting, as well as elevation of the work of local nonprofits and creative talent. This wouldn’t be in competition with, but in complement to, the work happening here already.”

“What I hear and see is that right now people feel disconnected and are hungry for meaningful community that they can relate to and to find ways to make a difference,” Lewis said. “I see a growing movement to return the narrative around Jesus and his teachings back to their roots. I would like to be a part of that.”

If everyone who reads and appreciates FāVS, helps fund it with a tax-deductible donation, we can provide more news coverage like this. For as little as $5, you can support FāVS – and it only takes a minute. Thank you.

Previous Ask An Evangelical: The Border Wall
Next In the Belly of Spokane’s Great Fish: How Interfaith Dialogue is Legitimate for Christians