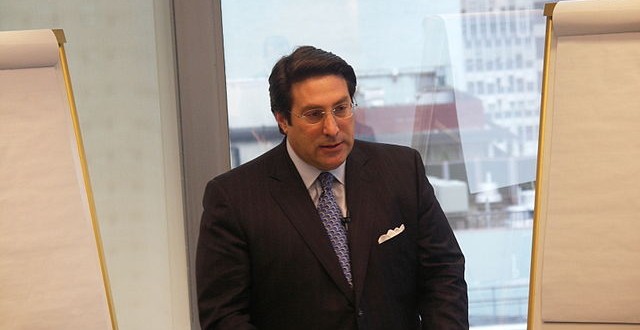 Jay Sekulow and the mind of the Kulturkampf Tortucan ideologue

In the course of my #TIP work on the creation/evolution issue, I keep tabs on the activities of the Kulturkampf (“culture war”) religious conservatives that fuel that effort. Part of that bunch is Pat Robertson’s legal activist arm, the American Center for Law & Justice (ACLJ) run by Jay Sekulow, and I get the group’s steady stream of hyperbolic emails expressing their perpetual outrage over the prevalence of abortion, any efforts to dislodge a Ten Commandments monument from a courthouse lawn, the spread of same-sex marriage equality in the land, the Obama administration doing just about anything on any subject, and a litany of any and all perceived affronts to their Christian sensibilities

Several of these tropes collided in the email I received recently, a hair-trigger response to President Obama having mentioned how he was troubled by some of the “less than loving” remarks he heard from some Christians.  Since I heard Obama say it in news coverage, and so knew the context, I couldn’t help flashing one of my “Tortucan Alerts” while reading this from Sekulow:

It’s offensive and uncalled for.

But this isn’t the first time he’s insulted Christians.

At the National Prayer Breakfast earlier this year, he demanded Christians get off their “high horse” about Christian persecution. And his Administration has labeled Christians in the military as “extremists.”

Yet, Christians are dying for their faith every day – persecuted for sharing the love of Christ.

We’re sending a critical letter demanding President Obama apologize. And we’ve mobilized our Government Affairs team in Washington to confront this head on.

With narcissistic tunnel-vision, Sekulow illustrates exactly the Kulturkampf Tortucan ideological mindset I study in the antievolution context: where criticism and concern (both accurate and justified) over the intemperate words or deeds of some Christians is instantly morphed into a criticism of all Christians.  That conflation is a falsehood, and Sekulow’s characterization of Obama’s remarks is so egregiously off the mark that it stumbles perilously close to the bearing false witness precipice.

Sekulow’s understandable and appropriate umbrage over the recent violent persecution of Christians (which would include the horrific targeting of Christian students recently in Kenya) has, however, never extended to even a mention of huge numbers of non-Christians being likewise assailed, including several atheists hacked to death by religious ideologues in Pakistan. And that’s because, evidently, Sekulow doesn’t care anything about them. Only Christian suffering exists to take note of, and by Christians he means primarily his brand of it, and his brand only. No one else matters.

The Tortucan Kulturkampf mindset is only concerned with defending their rights, redressing injustices done to them, removing obstacles to their freedom to tell other people how best to behave to comport to their definition of what is right and proper.

In this narrow doctrinal universe (shared by millions of people who think exactly as Sekulow does) the troubling nature of religious motivation that led Christians not so long ago to engage in violence no less terrifying than what goes on in the ISIS wannabe caliphate today (and which President Obama had the temerity to remind thoughtful Christians of at the National Prayer Breakfast) is to be wished away and ignored such that any lessons that might be learned from that bitter history never end up being learned.

The Tortucan shell of Sekulow’s mindset is simultaneously impenetrable by things it doesn’t want to think about, and infinitely sensitive to perceived insult, chafing reflexively at all reminders that Christians too can be intemperate, short-sighted, and selective in their historical perceptions.

It is worth noting this unsavory feature of the Tortucan shell, because ideas do matter, and while ones that are worth holding are well worth defending, those that are built on prejudice and misrepresentation are equally worthy of opposition.

See if that filters through the Tortucan shell.

Previous Tennessee House approves bill to make Bible official state book
Next Ask A Jew: How are children raised up in your faith tradition? (Part 2)