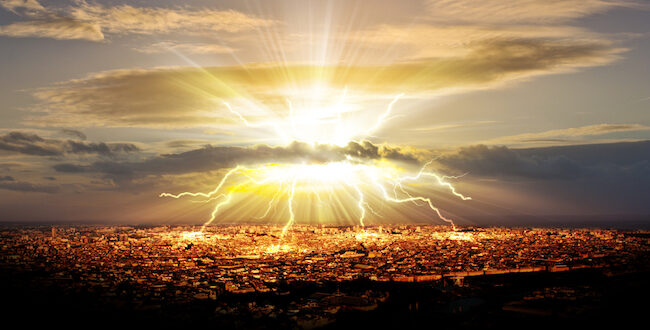 To be hopeful in bad times is not just foolishly romantic. It is based on the fact that human history is a history not only of cruelty, but also of compassion, sacrifice, courage, kindness. – Howard Zinn, from his autobiography “You Can’t Be Neutral on a Moving Train”

This year we learned that we have just 12 years to get our act together to stop climate change; from eviscerating the planet and civilization as we know it. I listen to various radio shows a lot, and one moment I’ll never forget this past year was hearing adult men, scientists, breaking down and crying on public radio because they were so distressed about climate change. I was in disbelief because they had become like Cassandra during the Fall of Troy — prophetic heralds people weren’t listening to, because people didn’t trust science to be separate from leftist political goals. Also, many people feel if it’s God’s will the end of the world happens, then so be it. Alarmingly, the narrative we are heading for, if one looks at the meta-narrative, is one where far too many people are praying and hoping for an apocalypse, as if it’s a reset button and they want the earth wiped clean.

This does not sound like a world of trusting people. Yet people do trust each other every day. They go to work, and live and exist in a world with friends, relatives, and participate in their communities. They dream of a better future.  If we want to rebuild trust, we adults have to change things, not lay the burden on the young. We, the adults must stop our own solipsistic obsessive fatalism. This kind of fatalistic nihilism is destructive in itself and now in the last decade, suicide rates for 11-14 year olds has nearly tripled. We must set the example by rebuilding trust in ourselves, the world, and people and communities around us. We have a responsibility to do this, and teach our children how to use their sociological imaginations. We have to stop fantasizing about the apocalypse as an escapist fantasy and make something of the world as it is.

Anthropologist Chris Begley, who teaches survival courses, and has spent a lifetime studying collapsed civilizations,  recently wrote an article for the Lexington Herald Leader about how people won’t get to live in some mystical ‘pull yourself up by your bootstraps’ world, free of modern problems if there is a climate change apocalypse. Rather, there will still be billions of people. And fairness, empathy,  and good leadership will be the most integral skills. He writes, “ Humans evolved attributes such as generosity, altruism, and cooperation because we need them to survive. Armed with those skills, we will turn towards the problem, not away from it.”

We are living in a time wherein mass trauma is affecting humanity on a global scale as a result of repeated war, the consequences of greed and exploitation, of people, human trafficking, our ecosystems being tested to destruction. The world is rife with extreme gaslighting and cognitive dissonance by leaders in government, religion, journalism and pseudo-science and questionable education practices. Even so, the way to heal trauma, is in no small part, by confronting it. It’s not just human trauma in the balance here. There is also the trauma to our ecosystems, the animals and plants in them.

Holding ourselves and our communities and leaders accountable is an important aspect of rebuilding trust, it is a primary part of the healing power of restorative justice. It’s OK to not trust everything and everyone to a degree. There is such a thing as healthy skepticism. One thing we can do immediately for restorative justice when it comes to dismantling racism, practically speaking, is listen to the marginalized and implement the practical steps the Black Lives Matter Website outlines.

Rebuilding trust can be done, as has been witnessed in billions of humans relationships, from the individual friendship, to the family, community, society, between nations as well as people with disagreeing religious and political views, throughout human history. Rebuilding trust entails repairing whatever social contract that feels like it was broken or betrayed and rebuilding good faith as well as trust, with practical, satisfactory steps, as well as meaningful ones spiritually and ethically. It means restoring empathy and goodwill and teaching sociological imagination and the complexity of the truth. So get out there. Stop letting fear rule your life. After all, it’s not the end of the world or anything.