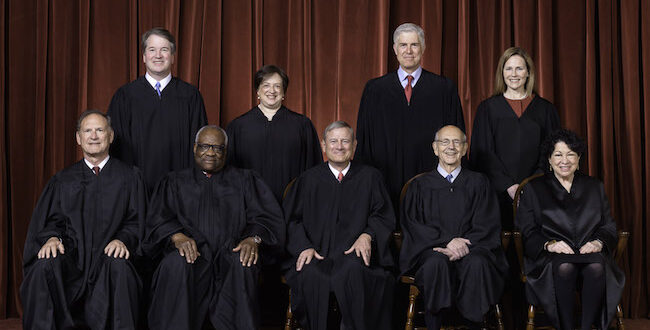 On June 21, the audio of Jan. 6 committee hearing played in the background while trying to work. Soon, all focus was on the testimony. The facts and measurable truths revealed by strong, conservative Republicans showed how our democracy came remarkably close to being lost. The witnesses brought forth evidence concerning death threats toward them for doing their jobs.

Many lives have been irreversibly harmed by the coordinated efforts of those in the highest offices. The testimonies given on June 22 also brought forth the level of manipulation, intimidation, coercion and lies. Sadly, many of our fellow citizens refuse to learn about the facts as they have been intoxicated with a false morality that they must protect their rights to own guns and speak up for the unborn.

As the Senate debated a gun control bill to impose tougher restrictions on younger buyers and encourage states to remove guns from those who are a danger to themselves and others, the SCOTUS ruled to expand gun “rights” in New York and beyond. This ruling made clear that the SCOTUS is lost.  On June 24, this was abundantly clear when the court quickly put forth their expected ruling to deny rights to any person with a uterus. The court is a failed institution. There will be more death.

These rulings for gun rights and against women’s rights gives the alt-right Christians and their allies permission to kill those who believe and live differently from them. Consider the doctors who have been assassinated for providing women the health care they need. With the expanded gun rights and ever-increasing rhetoric about how women and doctors will be imprisoned for life or killed for their connection with abortion, it is easy to anticipate “citizen posses”  sending themselves out to murder women, their allies, and doctors.

Grimly, more guns on the street will further endanger law enforcement and the places we gather. Road-rage will become sidewalk-rage as the American way to solve problems is now through violence and forcing others into submission.

The call is that everyone must vote. From the Jan. 6 hearings, the plan was to force honest election workers out and replace them with alt-right workers. This happened in New Mexico’s election where a commissioner refused to certify the results of the June 7 primary. Commissioner Couy Griffin notably was convicted and sentenced for his role in the Jan. 6 insurrection. Limiting voting rights is still the plan of the new Republican Party. Those who love democracy must be active in protecting fair and free elections. Short of a miracle, there appears to be years ahead of devastated lives.

The alt-right has power at a level they have worked to secure for about 40 years. They expect that the rest of us will have our marches and yell our discontent and then we will go back to our over-worked lives to pay our student debt and mortgages. They count on it. That is how they have handled every school shooting and it has worked. Yes, we finally have a bi-partisan law that takes a small step to make limited gun regulations. It is  a step so small that when the next shooting happens, it will be used to show how the regulation did not stop the shooting and thus the law should be withdrawn.

It has taken the alt-right Christian Nationalist and their allies years to get their version of a miracle: the expansion of gun rights and denial of women’s rights. They still expect more miracles from this SCOTUS.

Their versions of miracles are very different from those promised by the just, loving, inclusive Jesus. May we who side with that Jesus find the strength to pray for the miracles of compassion and justice and the endurance to change the laws. May the next miracles affirm the founder’s insistence on the separation of church and state.

Previous JD Hall, Pulpit & Pen founder, ‘disqualified’ from ministry by Montana church
Next A Betrayal on Her Own Gender: Amy Coney Barrett vs. The Women of America