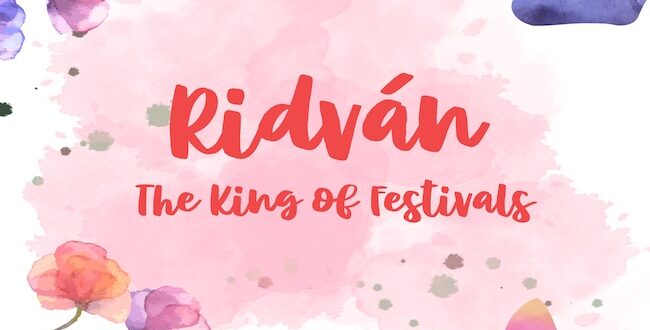 It’s a Great Springtime for God!

It’s a Great Springtime for God!

It’s been a great springtime for God, or actually for God’s followers. Holy days for Jews, Christians, Muslims, and Baha’is overlapped this year. Sadly, these potentially unifying events are observed separately.

On Good Friday, as Jews celebrated Passover and Muslims observed Ramadan, NPR interviewed a Seattle rabbi, a Chicago pastor, and a Tulsa imam. Each discussed the meanings of their respective holy days. The rabbi explained the significance and many of the dietary practices that are part of Pesach (Passover) for the Jews. The pastor described how the Crucifixion and the Resurrection at Easter represents spiritual renewal for Christians, and the imam talked about observing Ramadan, the month of fasting and cleansing in Islam.

As I listened, I thought about how these religions, the earliest dating back more than four millennia, are all monotheistic, part of the Abrahamic tradition. Although disparate in their modern viewpoints, both within and among their denominations, they share essential commonalities: belief in one God; belief that their religion originated with that one God; and belief that their scriptures express various statements of the Golden Rule. A Jewish friend once observed, “The Ten Commandments can be reduced to two: Love God and follow the Golden Rule.” I’d never considered that, but immediately agreed.

If there is one God, why do religions differ? Why are disagreements so vehement that they lead to “holy” wars that create social upheavals and suffering over vast regions? These wars continue even today; some frame the invasion of Ukraine as a holy war.

With these fundamental agreements, why do disagreements continue to prevail?

As God revitalizes the ancient covenant through periodic prophets, updated religious teachings re-state fundamentals, like the Golden Rule. They also are more nuanced, commensurate with man’s abilities to understand and implement God’s updated guidance. As Christianity fell into doldrums during the “Dark Ages,” God’s revitalized message, renewed in the Quran, created the thriving Nation of Islam. Christianity responded with the Crusades to control the Holy Land.

Despite that period’s bloodshed, the Crusades resulted in the European Renaissance, a revitalization of art, literature, and science. Christianity underwent transformations. As literacy became more widespread, scholars translated the Bible (initially a capital offence) into colloquial language the common folk could read.

In keeping with this historic spiritual panorama, the 19th century saw two more renewals of the ancient covenant in short succession. The first was in 1844, when a Persian merchant took the title “Bab,” proclaiming he was a Messenger from God, a “Gate,” sent to herald the coming of one greater than himself. He was martyred in 1850.

Two years later, one of his followers, a Persian nobleman, was incarcerated in a foul underground dungeon. While there, he received the intimation that he was the Promised One prophesied by the Bab. After several months, near death, he was released and immediately banished to Baghdad in 1853. He was successively exiled further to Constantinople (Istanbul), Adrianople, and finally, the prison city of Akka in the Holy Land. He remained prisoner there until his death in 1892.

Riḍván – springtime of a new era

After a decade in Baghdad, on the eve of his departure In 1863, this exile gathered with a small group of family and friends for 12 days on a wooded island in the Tigris River and announced that he was the one promised by the Bab. At some point he adopted the title “Baha’u’llah” (Glory of God), conferred on him by the Bab years earlier.

Since that time, Baha’u’llah’s followers throughout the world have observed those 12 days as “Riḍván,” meaning “Paradise,” the Greatest Baha’i Festival. It begins annually on April 21 as Baha’is democratically elect their new administration for the coming year. Riḍván this year coincides with holy days of Judaism, Christianity, and Islam. God’s ancient Covenant has once more been renewed, and civilization is again poised to advance, as described by Baha’u’llah:

“That all nations should become one in faith and all men as brothers; that the bonds of affection and unity between the sons of men should be strengthened; that diversity of religion should cease, and differences of race be annulled—what harm is there in this?” He follows with this promise: “Yet so it shall be; these fruitless strifes, these ruinous wars shall pass away, and the ‘Most Great Peace’ shall come….”

Previous Ask A Jew: Playing a Jewish Character
Next On Patriotism