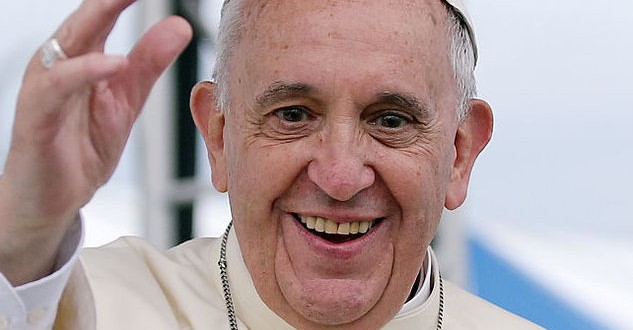 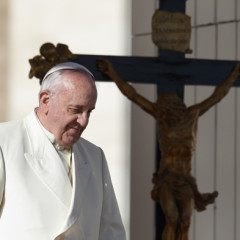 I probably will never have the chance to meet Pope Francis but that’s OK because I already have had a stunning encounter with him.

I still vividly remember his first full day in office, back in March of 2013. On that day he returned to the hotel where he had stayed prior to the conclave, picked up his bags, thanked the staff, then paid his bill. As I thought about what Francis had done I was stunned.

For openers, he had taken possession of his own baggage. He didn’t ask anyone else to drag it around for him. He could simply have called the hotel and asked them to chuck his stuff since he certainly wouldn’t need it anymore, considering all the creature comforts that come with being pope. But he didn’t do that. He reclaimed his own baggage and carried it out with him.

He then personally thanked members of the hotel staff for serving him. He did not minimize, ignore or dismiss their work as something they owed him. He appreciated their efforts, and he said so.

Then he went to the front desk and paid his own bill. He didn’t ask someone else to pay it for him — no priest, no errand boy, not even the Vatican Bank, because money wasn’t the issue. Nor did he simply run out on the bill, even though, as pope, nobody would have thought anything of it if he had done so. Even the hotel staff would have considered it a privilege to serve the pope, and thus written off the debt as a donation to God. But the pope knew he had incurred a debt and that he thus had a personal responsibility to pay it.

I remember the talking heads talking about what a humble gesture the pope had made, and how it reflected the humility of the man. Sorry, but this was neither a gesture nor a reflection. This was God himself giving us, via Francis’ actions, an example of how to live!

I must carry my own baggage — i.e., a life dominated by whatever is, or leads me into, sin — stuff such as fear, pride, greed, blame, impatience, anger, shame, envy, addiction, depression, guilt, bitterness, ignorance, hatred, self-pity, prejudice, remorse, willfulness, ineptitude, dishonesty, laziness, indifference, lust, stupidity, imprudence and self-righteousness, among other things.

This is the life Jesus came to save us from. I cannot deny that I own this baggage, nor can I ask anyone else to drag it around for me, much less dump it on someone else. And yet, sadly, that’s exactly what I’ve done.

My baggage contains a contagious disease. Whenever I use the aforementioned contents of that baggage in my relationships with others I poison them or infect them. Just like the pope, I have run up a debt that must be paid. I owe others as a result of using my baggage to make their lives miserable. It is a debt that only I can pay, and it can only be paid in one way.

That very day I began to pay it. I wrote letters of apology to three people I had wronged. I spelled out in as much detail as I could the things I remembered doing that caused injury.

I did not ask for forgiveness, because that would have made the letters self-serving, nor will I demand or even expect it. That is a choice that only these three individuals can make. If I don’t receive their forgiveness I won’t object because it is both naïve and presumptuous to think I am “owed” forgiveness.

But whatever these three people believe they owe me is now fully paid. In other words, all the debts that they might owe to me are forgiven. It’s not just that I now forgive those debts but that Jesus forgave them long before I did. “Forgive them, Father, for they know not what they do” (Luke 23:34).

Moreover, I am anxious to repay whatever else I may owe, which is why I also invited those three people to inform me of any other debts I may still owe for offenses that I am unaware of.

Apology is only the first step in a process we call repentance (metanoia in Greek), which is defined as a change of thinking that leads to a change of conduct. Choosing love just one time is not enough. I must choose it so often that I ultimately embrace it completely. If I don’t actively love those three individuals in the present and the future, my apology will rot away and become hypocrisy because “Anyone who says he loves God but hates his brother is a liar” (1 John 4:20).

Will I continue to embrace Jesus’ love for those three individuals (and everyone else) every day of my life, and thus discard more and more of my baggage? Will I choose to thank those who do good things for me, and even to bless those who hurt me? Or will I choose, whether by cowardice, laziness or willful intent, to be labeled a liar?

Feel free to check back with me on that from time to time. I’d like to think I know the answer but my actions will speak much louder than my words. And I can always benefit from others who want to see how I’m doing. Who knows? You could be the next Pope Francis for me.

Previous Religion loses clout: Why many say that’s a bad thing
Next Recognizing the beauty of the the pagan Mabon celebration