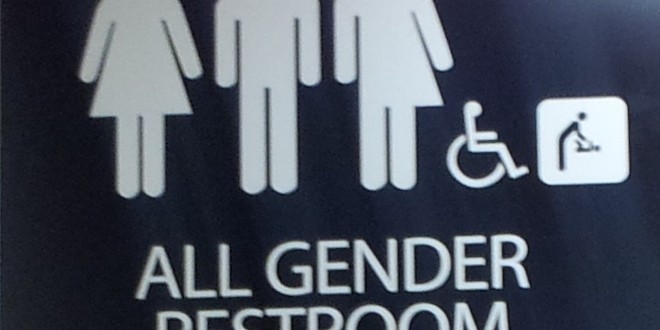 I got a little frustrated with the comments and some of the wording on a recent article about a South Carolina bill aiming to restrict transgender access to bathrooms.

This past year the majority of America has become aware of the transgender community and almost everyone has an opinion on if we or our basic human rights should be respected. Little harsh? It’s true. You don’t have to be of voting age or have a special permit to walk into a bathroom. You don’t have to sign a document to go by a “nickname” at school or with your friends. There’s no one standing at bathroom doors checking IDs or birth certificates (at least not yet).

Most people seem to have forgotten that the reason we as a community came to light was because of the suicide of Ohio transgender teenager, Leelah Alcorn, after she had scheduled the release of a note online describing the unsupportive and borderline abusive behavior of her parents. The death of Leelah (as well as the names of many youth who followed) opened the door for conversations about the suicide rate of the transgender community and the record-breaking instances of assault and murder of transgender people, with over 20 killed in 2015.

This past year has been a learning experience for the media, education system, families and most everyone who has been paying attention. With celebrities like Caitlyn Jenner coming out, teen suicides being named and movies and TV shows like The Danish Girl and Becoming Us being made about what it’s like to be transgender in America. It’s been hard to ignore the fact that we’re here.

This past year, since the marriage equality ruling last June, the transgender community has slowly been coming to the forefront of the “next” fight for equal rights. Legislation trying to mandate which bathroom a transgender person can enter, which rights we as trans people are really entitled to, have been popping up in nearly every state.

In Washington, it’s being argued by even the most liberal and “accepting” whether it’s acceptable for myself as a transgender man to enter the bathroom that matches the gender I live as, whether it’s safe for cisgender (non-transgender) people to be in the same bathroom as me at all. These new proposed bills range from saying that transgender people just need a separate bathroom so that predators can’t claim that they’re trans to enter a woman’s bathroom to saying that people should have to prove their genitalia to enter a public facility. North Carolina is the most recent state to pass such a bill.

In the 10 years since a law was passed in Washington state permitting transgender people to use the bathroom and locker room that matches their identity and how they present themselves, there have been virtually no incidents that the people arguing for these bills are saying will happen.

The most common response from the trans community is to post pictures of trans men in the women’s bathroom or trans women in the men’s bathroom saying “this is what will happen.” While it’s true, it’s not the point we should be trying to make.

The point I’m trying to make?

I just want basic human rights. I just want to exist as who I am without someone policing what parts I may or may not have. I want to work towards a world where kids like Leelah and so many others don’t die before they reach adulthood because they see the world isn’t as terrible as whatever situation they may currently be in.

Thank toy so much for this eloquent commentary.

As always, Luke, you hit the nail on the head. It’s not about bathrooms, it’s about human rights. #I’llGoWithYou anytime.