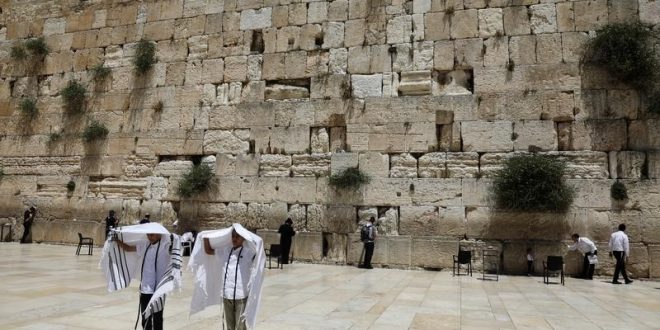 JERUSALEM (Reuters) – Israel’s government formally suspended plans on Sunday for a mixed-gender prayer space at Jerusalem’s Western Wall, bowing to opposition from Orthodox Jewish politicians to reforms at one of Judaism’s holiest sites.

The decision will put Prime Minister Benjamin Netanyahu at odds with the Conservative and Reform movements of Judaism that have large followings outside Israel but will smooth his relations with ultra-Orthodox parties in his ruling coalition.

The wall is revered as a vestige of Judaism’s two ancient temples and access to it is segregated by gender. Most religious rites take place in the men’s section in accordance with centuries-old Orthodox standards that hold sway in Israel.

The government has faced calls by more progressive Jewish movements in Israel and abroad to add an egalitarian section along the wall and in 2016 voted 15-5 to do so, over the objections of ultra-Orthodox cabinet members.

But in the face of opposition from the two ultra-Orthodox parties in Netanyahu’s coalition, the plan never got off the ground. Last week, the two parties proposed rescinding the 2016 decision.

At its weekly meeting on Sunday, the cabinet voted to formally freeze its implementation, the officials said, and Netanyahu instructed a minister from his Likud party to formulate a new proposal.

“Today’s decision signifies a retreat from that agreement and will make our work to bring Israel and the Jewish world together increasingly more difficult,” Natan Sharansky, chairman of the Jewish Agency for Israel, a main outreach group to Jewish communities abroad.

The mixed-gender section was to have been located at a separate expanse of the wall that, when seen from the plaza looking toward the wall, stands to the right of the current Orthodox-administered compound where men and women will still worship separately.

More liberal streams of Judaism, which outside of Israel have larger followings than Orthodoxy, chafe at the restriction.

The wall is officially administered by an ultra-Orthodox rabbi.

Previous POEM: Transforming Gaze
Next What do protests about Harry Potter books teach us?