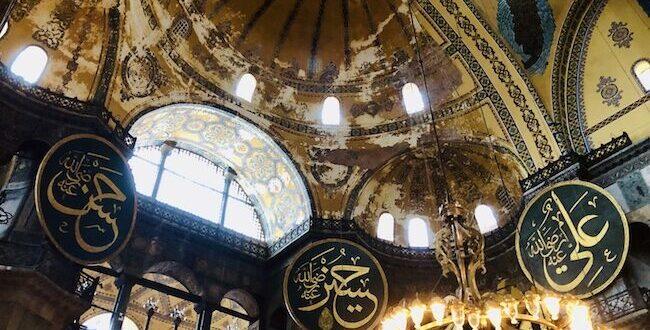 Islamic New Year: Muharram, a Time of Mourning & A Lesson for Humanity

Islamic New Year: Muharram, a Time of Mourning & A Lesson for Humanity

Abbreviations Used In This Column

AH  –   Stands for Anno Hegirae in Latin or in the year of the Hijra, indicating that the Islamic lunar calendar began after Prophet Muhammad pbuh migrated from Makkah to Medina.

PBUH – Peace be upon him. This expression follows specifically after uttering the name of the Prophet Muhammad.

R.A    –  Radi Allahou Anhu/Anha (May Allah be pleased with him/ her). Islamic honorifics used for family & companions of the Prophet Muhammad (pbuh).

Aug. 9 marked the beginning of 1443 AH Islamic lunar calendar, known as the Hijri Calendar. Muharram is the first month of the Islamic calendar. It is one of the sacred months and is also the second holiest month in Islam after Ramadan.

God decrees that there are 12 months – ordained in God’s Book on the Day when He created the heavens and earth- four months of which are sacred: this is the correct calculation. Quran (Chapter 9:36-partial)

Muharram is a month of mourning and self-mortification, especially for Shia Muslims and specifically on the Day of Ashura – 10th of Muharram. In the U.S. the 10th of Muharram falls on Aug. 18.

In this month Muslims across the globe commemorate the death of Imam Hussain A.S., his family members and his 72 followers who sacrificed their lives in the battle of Karbala – a city in central Iraq. This day is observed in solemn in the Muslim world.

Imam Hussain A.S’s sister, Zainab ibne Ali A.S., an eyewitness and survivor of the tragedy of Karbala, propagated the details of the events widely among Muslim ummah (community). Imam Hussain A.S. was not only the grandson of Islam’s beloved Prophet Muhamma (pbuh) and Ali Ibn Talib R. A’s (the prophet’s cousin and son-in-law) son but was also the spiritual custodian of Islam. He stood against the then tyrant ruler of the Muslim empire, Yazid bin Muawiya of the Umayyad dynasty.

Thus, this month does not only mark the beginning of the new Islamic year but also serves as a great reminder for humanity to stand up against injustice, corruption, tyranny and oppression.

“Enjoin what is right and forbid what is wrong.” Quran (Chapter 9:71)

Other significances of Ashura:

This day is also significant in Islam because it is considered the day when Prophet Nuh (Noah) left the ark and the day when Prophet Musa (Moses) was saved from the pharaoh of Egypt by God while crossing the Red Sea. Besides Islam, it’s also a Jewish tradition of fasting on the Day of Ashura to commemorate the rescue of Moses from Pharaoh. This shows the historical connection and continuity of faith from Judaism to Islam.

Growing up in Pakistan I have witnessed Shia Muslims observing Muharram. Pakistan is 97% Muslim, out of which Shia account for about 20% and Sunni account for 77%. This also makes them the second largest Shia population in the world outside Iran.

Shias and Sunnis are two primary sects of Islam. The division and flames of a schism between the two flared with the death of the Prophet Muhammad (pbuh). His death impacted Muslim politics in significant ways. During his lifetime, he was the only and pure source of guidance for Muslims and now after his death, the Muslim ummah was at a complete loss. The decision to appoint a leader for the Muslims became a challenge. Muslim ummah had to decide whether to keep following the lineage and choose Ali Ibn Talib R.A or choose from a wiser and closer companion of the Prophet like Abu Bakr Sadiq R.A.

This episode of succession divided Islam into two main sects, Shias and Sunnis and two paths, Caliphate and Imamate.

Shia’s – a term from shi’atu Ali, Arabic for “partisans of Ali and his descendants. They are part of a divine order called Imamate.

Islam had phenomenal growth and geographical expansion during the caliphate. This also brought many diverse communities with their regional and cultural practices into the mold of Islam. We witness many of these diverse cultural practices and rituals observed during Muharram as well. Shia Muslims observe Muharram by dressing in black, distributing food and water, holding public processions, lamentations, congregations and majlis’s (gatherings to mourn). Sunni Muslims observe by fasting on the 10th of Muharram. Many Muslim countries declare a public holiday to commemorate the occasion.

The act of mourning and self-mortification is called Aza’ al-Hussain commonly known as “Matam and Taziya” in Pakistan.  As I mentioned earlier, this includes majlis’s, congregations, lamentations and actions that express the emotions of grief, anger and, above all, repulsion against Yazid bin Muawiya’s actions.

“Matam typically designates observances performed during Muharram in honor of Husain and the other martyrs of Karbala. More specifically, the term denotes the striking of oneself-either with the bare hand (as indicated by the Persian term sineh-zani, “chest-beating”) or with some weapon or flail (for example in the scourging known as zanjir- zani)-in an act of ritual mourning,” David Pinault – The Shiites

Every year, the 10th of Muharram reminds us of the battle of Karbala and reiterates the sacrifices made. It teaches humanity the lessons to support the right and stand up against tyranny and oppression for justice.

Previous Married 60 Years and Counting
Next Where We Gather: Sravasti Abbey