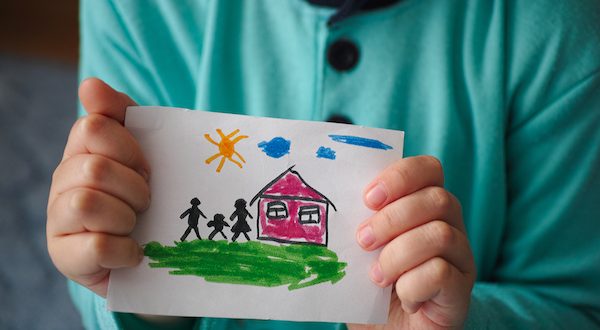 Mostly my intention is to write about topics that have impacted me personally. In finding answers to my questions; I also educate myself and understand my religion’s stance on the issue or topic. This also helps me spread awareness and clear misconceptions and ambiguities created due to social and cultural dogmas!

So how is Islam different when it comes to adoption as compared to other religions or western secular systems? Can Muslims adopt, and if yes, what are the different types and rules of adoption?

Well Islam’s stance on adoption is very different in comparison with the western secular world and other religions. That does not mean that Islam does not allow adoption. It means that Islam has a different prospective when it comes to adoption. Islam stance on adoption is to take care of a needy or an orphan child, not to deprive him or her of its original identity.

Adoption is allowed in Islam with specific legal terms and rules. In pre-Islamic world, the term for adoption was called “Tabanni,” where an adopted child takes after the identity of the adoptive father.

According to the pre-Islamic practices, even the Prophet Muhammad (peace be upon him), had an adopted child named, Zaid ibn Harithah.  Before it was forbidden, the Prophet (peace be upon him) gave him his name, “Zaid ibn Muhammad.” In chapter 33 verse 5 of The Holy Quran, Allah (God in Arabic) the most merciful declared not to give the adopted child false identity, they should be known with their own identities. Tabanna was prohibited in order to protect lineage and unless the adopted child became “Mahram” he or she follows same rules as an outsider within family. As per the Oxford dictionary of Islam, in Islamic law, Mahram connotes a state of consanguinity precluding marriage.

To sum it up, the change of family name of the adopted child is not permitted. Islam allows the child to be wet nurse by another women as it happened in old Arabia. Halimah al-Sa’diyah was the foster-mother and wet-nurse of our Prophet Muhammad (peace be upon him).

An adopted child can also be breastfeed by an adoptive mother at the age of 2 or less and gain the right of a “Mahram.” The adopted girl is also permitted to not wear hijab, as the blood related males of the “Riza i” mother will be her Mahram’s.  This makes the adopted mother “Riza i” mother.

When it comes to inheritance, the blood relatives have the first right however, Islam allows adoptive parents to have the choice of giving one-third of their estate to their adopted child or more than one-third if the mandatory heirs consent as mentioned in chapter 2 verse 180 of The Quran – Islam’s holy book and according the most opinions of the schools of Islamic law.

None of these rules are strictly followed in secular Islamic countries where Sharia law is also in practice alongside civil law and thus creates conflicts.

As the real identity of an adopted child is kept so convoluted that they never learn the reality unless until their adoptive parents die without completing proper legal documentation for them regarding inheritance. This makes the adopted children live a life of lies, deception and falsehood and they loose everything emotionally and monetary along with their adoptive parents.

Now why the child is given a fictional life? Often times the adoptive parents deliberately hide the adopted child’s identity and backgrounds to protect them from society’s sociological and psychological issues and to secure their own insecurities of losing that child ‘s love towards them. Like many other issues of the society, adoption is also a stigma and paradox of Pakistani society and other Muslim societies where Sharia is practiced alongside civil law and correct adoption processes are not followed.

The only Muslim countries that allow legal adoption are Indonesia, Malaysia, Somalia, Tunisia, and Turkey.  I will end my article with the hadith from our beloved Prophet Muhammad (peace be upon him) on looking after the orphans.

“I and the person who looks after an orphan will be in Paradise together like this…” – then he raised his forefinger and middle finger together.” – Hadith, Bukhari

Previous For many South Korean Christians, reunification with the North is a religious goal
Next Conservative Christian Bakers, LGBT Couples and the Supreme Court