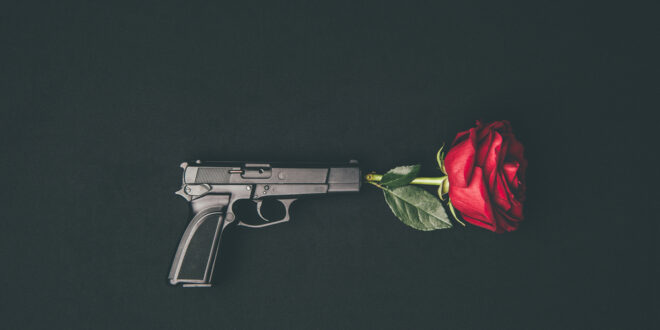 Is violence a Christian value? No!

Is violence a Christian value? No!

I can’t say it anymore plainly than this: Violence is not a Christian value! So why are there so many self-professed Christians speaking in violent terms or even acting out in aggressive, even violent ways? I really don’t understand it. Do you?

Jesus never condoned violence for his disciples or other followers. Why would any current-day followers of Jesus even consider that Jesus’ ethic of love be associated with violence in action and/or word? Yet, there it is.

Love and violence connected like that? This kind of arrogant disregard for the very concept of love forces me to tamp down my own impulse to violence.

Ironic, isn’t it? Even our categorical dismissals of violence as a Christian value cannot dismiss the human tendencies most of us have (at least in our minds) to combat our fears with some kind of verbal or physical violence.

The recent, ugly controversy centered on the Boundary County Public Library (again, Bonners Ferry) is a case in point. A group of agitated citizens, many of them professing Christians, are determined to force the library to get rid of up to 400 pornographic books from their shelves. But none of those books are in that library.

One of the organizers of this disgusting protest went on record when she said: “I’m a Christian, and I’m going to do what I can to protect the kids.”

Yet the pressure of toxic verbal intimidation brought by these people seems much less about books, and more about taking control of the library for their own purposes.

Jesus’ basic and consistent ethic has everything to do with love. Hate is to be transformed through acts/attitudes of love by Jesus’ followers, not projected on anyone who disagrees with those followers.

What kind of pain has twisted the souls of these so-called Christians? All they can seem to do is intimidate, belittle, even threaten persons who are committed to keeping their library a place of free thinking and free discussion.

Franciscan monk Richard Rohr defines suffering simply: “whenever we are not in control.” That covers each of us at some time or another. Yet some persons who profess Jesus as Lord, who pledge to follow his ways, seem to suffer so much that they dismiss the essential action of a Christian—love.

Have their pains gone so deep, their suffering so pervasive, that the only way to gain control they’ve lost is to take control from someone else? When hurting people can only hurt other people, they have misplaced the key that could unlock their spirits, their souls. Conversely, loving people can love others authentically.

That key is found in this Gospel passage: “You have heard it said, ‘You shall love your neighbor, and hate your enemy’. But I say unto you, Love your enemies, and pray for those who persecute you” (Matthew 5:43–44, emphasis mine).

Your prayer may not change them, but it could change you. Especially when love becomes bigger.

Please lay aside your victim-feelings for 15 minutes a day, and consider this passage. Genuine love can be rediscovered.