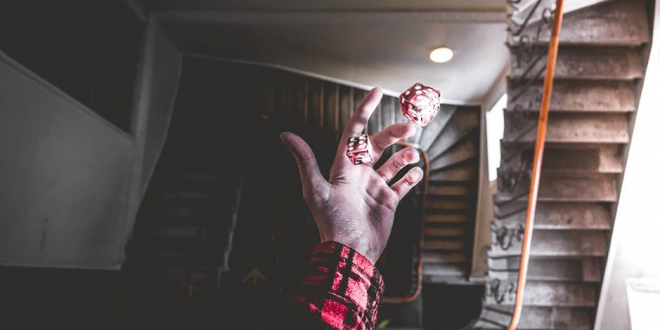 Is gambling a sin? – Different takes on the subject

When the author of books like The Book of Virtues, Bill Bennett, decided to part ways with gambling, religious leaders wasted no time in applauding his decision, offering their prayers and support. However, later on when the morality guru announced that he never considered gambling as something immoral, people started looking for another book of virtues, called the Scriptures, to get more clarity on the subject.

If we talk about Bible, it entirely depends upon your interpretation and perspective. There is no direct mention of gambling in the Bible and such silence results leaves ample grounds for disagreement and discussion. Opinions surrounding the subject range from total abstinence to acceptance in moderation. Some consider gambling to be good, while others term it as pure evil.

While it can be broadly agreed that practices such as underage gambling shouldn’t be allowed, something that is also cracked down heavily by leading gaming authorities of the world, for instance, Malta Gaming Authority, ample flexibility should be allowed in other areas, leaving it up to people’s own conscience.

There is strict condemnation of anything that is obtained by lying, stealing or cheating, and even having the desire to acquire someone else’s wealth.

Two specific passages are particularly cited from the writings of the apostle Paul, which relate to the work ethic of Christians.

In 2 Thessalonians 3:7, 10 Paul wrote, “For you yourselves know how you ought to follow our example….For even when we were with you, we gave you this rule: If a man will not work, he shall not eat.”

And in Colossians 3:23-24 Paul said, “Whatever you do, work at it with all your heart, as working for the Lord, not for men, since you know that you will receive an inheritance from the Lord as a reward. It is the Lord Christ you are serving.”

Bennett on the other hand grew up in a completely different environment and gambled all his life, enjoying even the church bingo during his growing up years. Despite the fact the Bible doesn’t approve of gambling outright, one can ask oneself some questions to discern the truth. In his opinion, a Christian can indulge in gambling if the following four conditions are met: