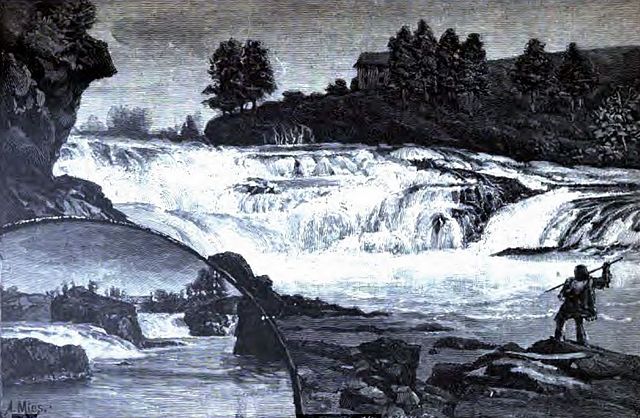 Artist rendering of Spokane Falls, 1888 from the The Great Northwest

Interfaith work has a history in Spokane, must continue

Several months ago I found myself in Mayor David Condon’s office talking about Spokane’s faith community. This was a week after his “faith summit” held at Whitworth University, where the mayor sought to reach out to the faith communities and explore ways of combatting homelessness and lack of resources for impoverished inhabitants of Spokane. We began to talk about the importance of gathering the faith community together to help solve some of the city’s problems. I agreed, but pointed-out that many from Spokane’s faith community were unable to attend, as the summit was held on Yom Kippur. There ended the conversation.

I’ve been thinking a lot about that exchange in recent weeks. Especially in light of hearing that Catholic Charities will see its funding cut next year. Rob McCann, executive director of Catholic Charities recently, told me that he was at the mayor’s faith summit but is not hopeful with the call to fix problems of homelessness and poverty quickly. “These things take place every six months or so, but rarely does anything [materialize] other than talk.” For the first time ever, Catholic Charities’s House of Charity will not be receiving any government funds. “No city, county, state or federal funds,” McCann emphasized.

In light of the recent sit-lie law’s passage, and the seemingly institutional ostracizing of homeless youth downtown,I am concerned that the city leadership is more concerned with waging a war not on poverty, but on the poor themselves. What is vexing about this is that while there have been many churches in the community who are beacons of hope for the impoverished, there seems to be no movement in unified action from ALL faith communities. Given the vibrant Jewish, Sikh and otherwise non-Christian members of Spokane’s faith community—there seems to be no actual interest in a diverse approach to offering viewpoints which may be different than the established majority. These groups are not only energetic in their service to the city, but are actively working to do what they can to help others.

While this may be upsetting, it is unfortunately not surprising in our fair city. Spokane, founded in 1871 was built by Buddhist and Sikh workers who forged the railways into the city (here’s some additional info). The Inland Empire was created under the watchful eye of Jewish immigrants, present in the city for over 100 years, to say nothing of the large native populations in the area. With such a rich history of pluralism in our community, why do we need to continue interfaith work?

Specifically because of exchanges like that. In order to solve problems in our community we need to include our ALL of the community. For better or worse, we have been living with one another for quite some time. We all have a vested interest in making Spokane a better place to live for one another.

The Buddha went to the market place to be with others after enlightenment. Christ gave the Sermon on the Mount after his Transfiguration. After receiving the Ten Commandments on Mt. Sinai, Moses came down to be with his people. The prophet Mohamed (PBUH), after receiving revelation from on high shared these teachings with his community. The lesson seems to be clear from their lives: Once you find yourself, share it with others and make your community a better place. Interfaith work is important because it deepens our understanding of who we are as humans. It gives us a fresh perspective on what we as people hold to be important in life. These are the things I’d like to know when I’m lending a hand to be building what Dr. King called “the Beloved Community”. Interfaith matters because others matter. I am not the only person on the planet. My actions affect others, and I draw motivation and meaning from others, because I can only be fully myself with others.

Join us for our next Coffee Talk at 10 a.m., Jan. 4 at Indaba Coffee for discussion on the “Challenges and Importance of Interfaith Work in Spokane.” Oberst is a panelist.

Previous Peace! Why you can expect a ceasefire on the ‘War on Christmas’ until Thanksgiving 2014
Next 122713 Quote