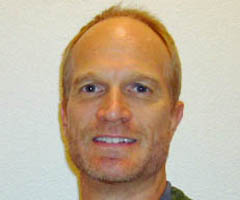 Intelligent design is religion, not science

The NASA case involving David Coppedge has brought to light the issue of intelligent design again. Coppedge was a computer analyst and team leader working on NASA’s Cassini Saturn Project until he was fired for inappropriate conduct in the workplace. He claims religious discrimination, but NASA says he was harassing his co-workers.

Whether he wins or not, Coppedge’s case involving religious discrimination would tend to support the argument that intelligent design is religion and not science. I agree.

That’s not to say I don’t like the idea of intelligent design. I do. I’m a big fan of Anselm of Canterbury’s “Proslogion,” where Anselm regards God as, “that of which nothing greater can be thought.” That’s intelligent design on steroids. It’s very different thinking than life from the primordial murk, a hurtling comet, or a mathematical construct. My personal belief is that the creator must be greater and more intelligent than that which is created.

But it’s not science by any stretch of the imagination: yours, mine, or Anselm’s. Science requires a testable hypothesis, and there’s no way to test whether a design is intelligent or not. I might think there are hidden dimensions filled with dark energy, but until I can form a hypothesis, conduct an experiment, publish the results in a scientific journal, and until there are peer reviews, it’s not science.  What test are you going to run to determine if something is intelligently designed?  Your idea of intelligence will differ from mine and Anselm’s. Immanuel Kant’s “Critique of Pure Reason” concludes that there are limits to what reasoning (think science) can achieve.

There is no way to either prove or disprove God or intelligent design. Sorry, but you’re just going to have to accept it all on faith.

Previous Recounting The Life of the Buddha
Next Is it enough to confront evil with prayer?