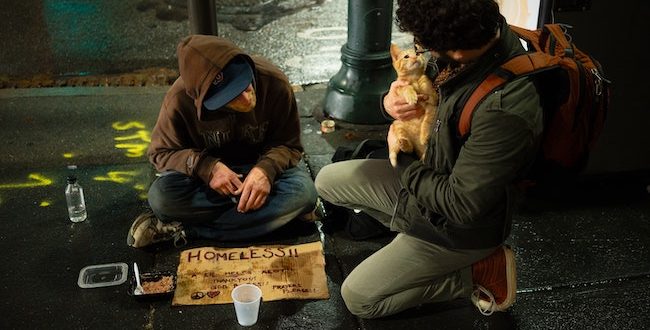 Read parts one and two of this series.

Since this series began, I have been observing the nature of comments and reactions to my words.  As a result, it strikes me that a few things may need to be clarified.

When I use the word “we” in reference to my experience, I refer specifically to the Berkeley-based homeless community in which I participated between the years 2011 and 2016.  But I have also found that my statements generally hold true for those who have experienced long-term homelessness in other urban areas.

Also, when I speak in past tense, I refer to specific events that took place throughout the entire 12-year period when I struggled with homelessness.  But again, I believe it stands to reason that the nature of such events is universal.

I am not here to discuss shelters and services. Such discussions can take place anywhere.  I am here to issue a call that we accept and respect those who continue to live outdoors — at a time when more and more people are beginning to do so.

That said, I’m going to breeze through the next three inequities, to further fortify my statement.

There Are Other Topics of Conversation

A young person said to me once: “I would have no idea what to say to a homeless person.”

“That’s easy,” I replied.  “Talk to them about anything except homelessness.“

You have no idea how refreshing it was when somebody approached me and began to discuss the ball game, the concert, or their most recent argument with their partner.  Conversations in which we were treated as human beings, not as homeless people, were a breath of fresh air.

It was alarming how many people seemed to think that the only thing that should have been on our minds was our homelessness. Can you imagine if your new neighbor were Black or Hispanic, and the first thing you did was to approach them and discuss their ethnicity?  That’s the way it felt when people insisted on discussing our homelessness with us.

So, if like my young friend, you are uncertain what to say in the presence of a person who is experiencing homelessness, consider my advice. Unless they bring it up first, talk about anything other than homelessness. Try it – you just might make their day.

It was often thought that because one was homeless, one had sacrificed their “right to privacy.” It was seldom considered that homeless people need as much privacy as people who live behind closed doors.

Yet homeless people need to relieve themselves, just like any other kind of person. But indoor bathrooms are often inaccessible. I remember walking the streets of Berkeley for an hour and a half once, trying to find a public bathroom that wasn’t locked. When I finally sneaked behind a bush to do the job, can you imagine how it felt to be viewed with suspicion?

Of course I was viewed with suspicion! Why does somebody sneak behind a bush? Doesn’t everybody have a bathroom? Surely the homeless person was bugging out to “do some drugs.” If a homeless person sneaks into an alleyway, that person probably needs to urinate. But how often is this the public perception? People are more likely to think that the homeless person is sneaking off to “do a drug deal.” And then, once found urinating, they risk getting a scolding, if not an indecent exposure charge.

The fact of the matter is that those who live outside do not have easy access to bathrooms. Those who live inside generally do.

As for the cops who often woke me in the middle of the night, in order to “search my backpack for drugs” and “run my criminal record,” I can truthfully attest that there were never any drugs in my backpack, nor did I have a criminal record.  But if searching my backpack against my will was not a violation of my 4th Amendment Rights, I’m not sure what it was.

Many Homeless People Have Jobs

It was also often assumed that a homeless person didn’t already have a job.  Yet, according to the National Coalition for the Homeless,  40 – 60% of people experiencing homelessness move in and out of jobs. It is also estimated that about 25% of homeless people are working at any given time. I myself took at least four jobs in my field when I was homeless — temporary contracts as a musical director or accompanist at places like Children’s Musical Theatre San Jose and Peninsula Teen Opera.

While 25% might seem a relatively low figure, it actually testifies tremendously to the fact that homeless people generally want to be working. When we consider the obstacles that homeless people face toward becoming employed — many of which are listed in this excellent article, the figure begins to look quite high.  Moreover, while it is often thought that people become homeless due to “drug addiction,” it is factually evident that most people become homeless due to having lost their jobs.

But because of rising costs of rents, many of us would rather avoid rentals entirely, and focus on making enough money to survive. It wasn’t the most pleasant use of our energies, but often it was the most essential.

All five of the inequities I have thus far delineated stem from a single evil.  That evil is in the dehumanization of the homeless individual. We were not regarded, in general, as people who were equal to others. It was not considered that we were human beings having inalienable rights to life, liberty, and the pursuit of happiness. It was instead believed that we had to sacrifice our rights — only because we lived outdoors.

Many of us were unwilling to make that sacrifice. And this leads to the inequity that will be discussed in my next column. You may expect it to validate everything I’ve been trying to express since this series began.

This is part three of a five-part series on homelessness. The next column will be published March 10.