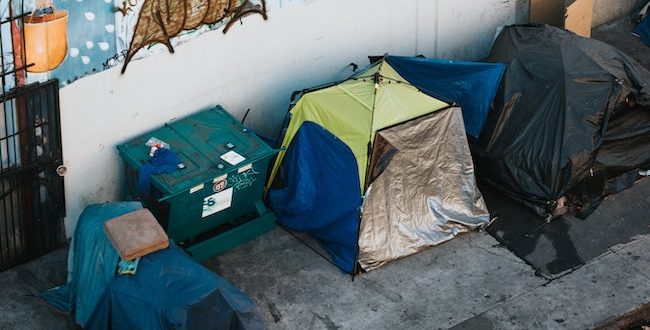 Photo by Nathan Dumlao on Unsplash

Read part 1 of this series here.

I recently raised a public objection to the notion that I ought to change my phraseology from “homeless” to “houseless” in everything I write. I felt a bit miffed that the person who made this suggestion had never actually lived outdoors.

But I am someone who has lived outdoors — not just for a while, but for years on end. During those years, I associated largely with others who were in the same boat. I learned how such people generally speak of themselves.   As a result, I use the words “outside” and “outdoors” more than either of the other two–and I feel compelled to explain why.

In a way, I have the same motive as those who wish to replace “homeless” with “houseless.” The word “homeless” has a lot of pejorative connotations.  But both of these words end with “less.” They still suggest that the person who lives outdoors is necessarily lacking something. But this is not always the case.

In my case, after struggling in and out of untenable living situations in the San Francisco Bay Area for seven years, I made a conscious choice on April 15, 2011 to join an intentional homeless community. While most of us had experienced a crisis that led to a loss of residence, we unanimously believed that to live outdoors was the lesser of evils. For one thing, we found it preferable to live outside rather than to pay exorbitant rental fees for acceptable living situations (not to mention paying decent rent for unacceptable situations).

In short, we had a heck of a time finding living situations in the Bay Area that were both affordable and acceptable. So for the time being, we were content to stay outdoors.

It was there that I found the language most prevalent among all who shared my predicament. This was a simple exchange between the words “inside” and “outside.” If someone had a roof over their head, we said they were “inside.” If they didn’t, they were “outside.” This is how homeless people speak of themselves in the Bay Area. It’s also how they speak of themselves in Moscow, Idaho. And while I have never been homeless in Spokane, I wouldn’t doubt that this parlance is common there as well.

Is there a reason for this linguistic preference? I think there is. It speaks to the essential difference between two disparate camps. Some people have roofs over their heads, and some people don’t. Furthermore, there is nothing morally wrong with sleeping outside — so long as one is not sleeping on someone else’s property.  The landmark decision in Martin v. Boise would seem to support this.

This leads nicely into the second of the seven inequities I have wanted to discuss.

A Homeless Person Does Have a Life

It was often assumed that, because we had wound up homeless, all of the conclusions we had drawn throughout our entire life span were in need of revision.

This led to an amusing observation. If a person had been a lifelong conservative, and they became homeless, that person was supposed to “become a liberal.” Why? Because the liberal social workers were feeding them.

If a person had been a liberal all their lives, and they became homeless, they were often told that they should “become a conservative.” Why?   Because the Salvation Army was feeding them.

How many people in those days approached me in order to proselytize their particular version of Christianity? Very many. How many people asked me first if I already knew Jesus Christ as my Lord and Savior? Very few.

This imbalance appears to have evolved from some of the preconceptions I discussed last week. It was rarely considered that someone might have become homeless due to a lack of tenable housing. It was almost universally assumed that they became homeless because there was something wrong with them.

Homelessness is Not a Disease

In the rooms of 12-step programs such as Alcoholics Anonymous, there are many “clichés” or sayings intended to assist people who have hit huge “bottoms” in their lives. One of these is: “Your best thinking got you here.”  That statement is then followed by suggestions as to how the recovering addict or alcoholic might change their way of thinking, in accordance with the 12 steps.

I can understand how this would apply to the enormous losses one might incur through drug addiction or alcoholism. People do “drink themselves out of house and home.” Many people with drug problems wind up alienating friends and family, as well as landlords. Many do wind up outdoors. This cannot be denied.

But here I found myself having consciously chosen homelessness as the lesser of evils in a precarious life-situation that had yet to be resolved.  Numerous people approached me saying, in effect:”Your best thinking got you into this position. I have suggestions how you might change your way of thinking.”

I felt like saying: “I agree that my best thinking got me into this position.  But you have never been in this position; therefore you cannot advise me as to how to get out of it.”

This is how the details of homelessness differ radically from the details of drug addiction or alcoholism. The A.A. member who makes that suggestion is a recovering alcoholic and does have valuable information to share.  But the person who, having always living indoors, makes such a suggestion to a homeless person, has no relevant personal experience. Therefore their suggestions, however well-intended, are not often useful.

This disparity — or inequity or imbalance — is something that can be solved through better communication. But before we can even begin to make that effort, we need to dignify, not only the homeless human being, but the homeless experience itself.

In short, there is nothing wrong with being homeless.

We need to understand this simple truth, and to have it acknowledged far and wide. Look how many people are on the streets! Despite the best efforts of all involved, that number is only bound to increase — especially now, when more people than ever are losing their homes.

If we cannot truly help them to get inside, let us please make it easier for them to live outdoors.

This is part two of a five-part series on homelessness. The next column will be published March 3.

Inequities in How We View Homelessness, Part 3 - SpokaneFāVS

Inequities in How We View Homelessness, Part 5 - SpokaneFāVS