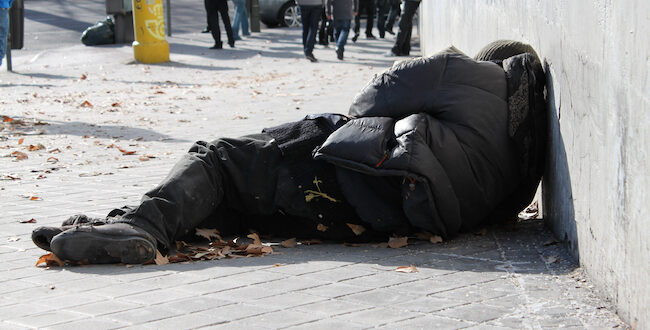 Homeless person resting on the sidewalk/DepositPhoto

Inequities in How we View Homelessness, Part 1

Inequities in How we View Homelessness, Part 1

I recently came out and identified myself as a person who lived largely outdoors throughout a 12-year period of time in the San Francisco Bay Area. Being as I was fortunate enough to escape the situation where a one-bedroom apartment rents for up to $3,000, and alight upon beautiful Moscow, Idaho where my current one-bedroom apartment rents for $481, I consider myself to be in the ideal position to express what homelessness is actually like. That is, from the perspective of those of us who have lived it.

Being an introverted artist-type, I was naturally overjoyed to find myself in the year 2016 to be a person who had now attained to quiet enjoyment of residence.  One of the first items of indoor convenience that I found myself extremely thankful for was something you might not expect:

Finally, I had my own power outlet. In fact, I had several.

When I lived outdoors, it was a constant struggle to find a power outlet where I could plug in my laptop. Outdoor power outlets were scarce, and when I found one, I dared not use it very long. The thieves and vandals who roam the outdoors would have eventually found me. In fact, five laptops were stolen from me in a three year period of time in Berkeley and Oakland alone. Two of those thefts were the results of strong-armed robbery.

No longer did I have to worry about any of that. Nor did I have to be worried about being kicked out of coffeeshops, either because of a two-hour time limit in the crowded Bay Area, or because I was “one of them.” No longer did I have to face the situation of somebody refusing to serve me because I was a homeless person.  Though often they let me in, at other times they did not. There being many thieves on the streets, I can’t say that I entirely blamed them. On the other hand, I was not one of those thieves.  I was only an artist, trying to do his art.

“A false balance is an abomination to the LORD, but a just weight is His delight.”
— Proverbs 11:1

All of this points to a “false balance” — what I call an inequity. There was an unusual schism between those of us who lived outdoors, and those who did not. So, when I finally achieved the power outlet that I had been praying for, I set about to delineate these inequities for the good of those who still live inside. I did this in a spirit of conviction, knowing that many are losing their homes these days, and even more so during the current economic crunch.

I pinpointed seven inequities — instance of imbalance, or of injustice.   Seven disparities between the way the world is seen by those who live outside, and those who live indoors.

The first of these is couched within every word I have thus far written in this column. We who lived outside knew that our main day-to-day challenge was to deal with all the unusual features of outdoor living. Those who had not yet lived outdoors invariably thought that our challenge was something else.

In other words, people wanted to know what had made us homeless. In the process, the reality that we simply were homeless was often swept aside.

I can assure you that in the past five years in Idaho, I have done everything that would have “made me homeless” in California. And guess what? None of them ever made me homeless.

This stigma interfered with all our efforts to find dignified, indoor living. It was assumed that we were criminals. Surely we must be drug addicts or alcoholics. Or simply losers, with no work ethic.

At best, we were thought to have serious mental health disorders. If so, the stigma against those with mental health conditions also came into play. We found ourselves morally judged for internal mental conditions over which we had no control.

By no means am I trying to suggest that those elements do not entail within the realm of the many different sorts of people who live and sleep outside.  The National Coalition for the Homeless has estimated that roughly one out of every four people experiencing homelessness is drug-addicted. That’s a pretty high count — but what about the other three-fourth?

It is also estimated that about one-third of people enduring homelessness have serious mental health disorders. That’s a lot of people struggling — but what about the other two-thirds?

Not to mention, what proportion of criminals live inside? White-collar criminals who get away with it?  Employers who screw their workers out of wages? Addicts who can afford the designer drugs, and use those substances quietly behind closed doors?  All of these play into the biggest difficulty that we had in communicating with those who tried to help us.

This is part one of a five-part series on homelessness. The next column will be published Feb. 24.

Previous Spokane Area Churches adapt Ash Wednesday celebrations to Covid
Next Ask A Latter-day Saint: Getting Reinstated as a Member