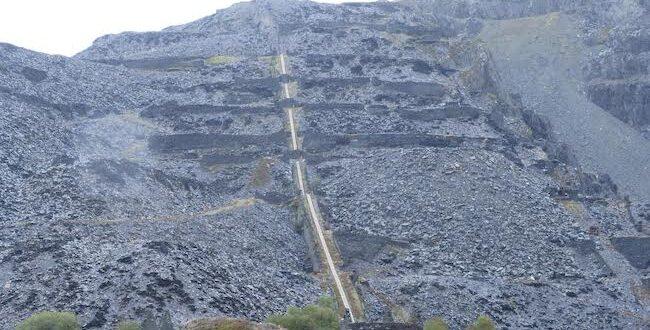 Dinorwig Quarry, once bustling with thousands of workers, was the second largest slate quarry in the world. This is what's left. Photo by Jolie Haug

Indigenous Peoples of Wales — and beyond

Indigenous Peoples of Wales — and beyond

The hiraeth of Wales lingers as we leave. This indomitable spirit persists, despite centuries of English attempts to eradicate it. One example: punishing Welsh schoolchildren for speaking their native tongue, just as Europeans did to North American Indigenous Peoples.

The Welsh too are indigenous, a Celtic nation and ethnic group native to Wales, distinct from other residents of the UK. They share many characteristics of UN-designated indigenous peoples. This includes the right to be recognized as such.

Indigenous Peoples are distinct social and cultural groups sharing “collective ancestral ties to the lands and natural resources where they live,” or “from which they have been displaced.” These lands and natural resources are “inextricably linked to their identities, cultures, livelihoods, as well as their physical and spiritual well-being.” Many such peoples maintain “language distinct from the official language or languages” of regions where they reside.

Such people constitute 5% of the global population, yet they represent about 15% of the extreme poor. The Welsh have shared this characteristic. Since the last Welsh Prince of Wales was ambushed by traitors in 1282, the Welsh have endured eight centuries of English rule, some detrimental, some beneficial. The conquering English exploited valuable Welsh natural resources for centuries, while relegating the Welsh to second-class citizens. British-owned coal and slate mines were worked by Welsh miners. Exploitation, superiority, and condescension have been exhibited by the English towards the Welsh.

In 1913, South Wales was the “largest producer of coal in the world.” One owner of collieries owned many other enterprises as well. His Welsh workers described him in the 1890s as “the best-hated man.” Physical scars from coal mining remain on the landscape as do social scars in communities abandoned by the industry. Such natural resources are currently held and administered by The Crown. In recent years, some ownership shifted. The last deep mine in Wales closed in 2008 after 13 years as a miner-owned co-operative. You can read a first-person account by a man who began working a Welsh coal mine in 1958 at age 15.

Then there are the slate quarries. Recently we visited Castell Penrhyn, now a National Trust site of more than 40,000 acres. The castle was built on the palace site of Roderic Malwynog, an eighth-century Welsh King of Gwynedd. This site was a valuable stronghold in North Wales for more than a thousand years. The current structure, a lavish imitation Norman castle, required more than a decade to complete during the early 1800s. Its roped-off sumptuous interior steers visitors through unnumbered rooms of opulent furnishings. Queen Victoria dined here.

The “bloody history” of Penrhyn Castle exudes exploitation: “The family’s massive wealth was made from slavery and the back-breaking work of thousands of workers at the Penrhyn slate quarry.” It was built with proceeds of sugar plantations worked by hundreds of African slaves and with compensation Penrhyn later received for giving up those slaves. The National Trust is updating its accounts of the “painful and challenging histories attached to Penrhyn Castle.”

The story of quarries oncebearing Penrhyn’s name are found at the National Slate Museum. This year the Slate Landscape of Northwest Wales became the UK’s newest UNESCO World Heritage Site. This cultural recognition showcases “the evolution from an upland agricultural society to one dominated by the slate industry” throughout Snowdonia. Quarried for more than 1,800 years, this slate was used to build the Roman fort in Segontium. Demand surged during the Industrial Revolution, with slate used to roof homes, public buildings, places of worship, and factories.

The life of a Welsh slate worker wasn’t easy. He worked from 6 a.m. to 5 p.m. five days a week, a half-day on Saturday, with Sundays and religious holidays off. If he survived death by falling rock to about age 40, he would no longer be able to work because of silicosis, like coal miners the world over.

Research suggests the Welsh are genetically distinct from the rest of mainland Britain. As such, are indigenous. They are considered a “Celtic nation and ethnic group native to Wales.” The country’s name comes from the territory that “best maintained cultural continuity with pre-Anglo-Saxon Britain.” Sounds indigenous to me.

We live in a world where indigenous peoples have been marginalized almost out of existence, along with their native wisdom. Wisdom from such diversity strengthens society. We learn from each other, if we are willing to move beyond prejudice and similar preconceptions. Recognizing and honoring ethnic peoples and their wisdom would do much to repair centuries of disrespect and disdain, not only for the Welsh, but for all such peoples.

Our exploitative, zero-sum, “civilized” mainstream society might even benefit from such wisdom. We can seek the indigenous hiraeth of Wales, no matter where we live.

Previous ‘The need is great’: New specialized court to tackle domestic violence cases in Spokane
Next Three Jewish players set a World Series record by walking onto the field