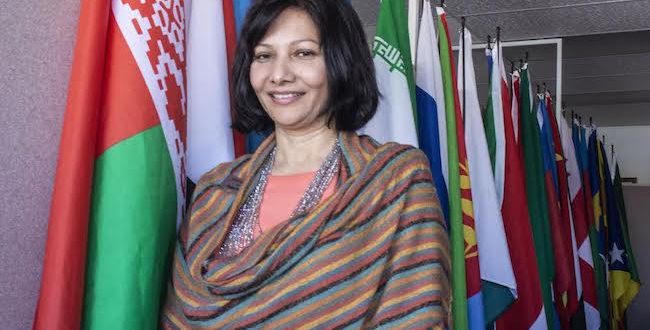 In the shadow of the thunder dragon: Life as a Bhutanese refugee

Eleven years ago, Pingala Dhital, a Bhutanese refugee, came to the U.S. after spending 18 years in a Nepal refugee camp, seeking to give a better life for her family. Despite the challenges she faced along the way, Dhital now works at World Relief Spokane helping fellow refugees find work.

In 1990, the kingdom of Bhutan adopted an ethnic cleansing policy that discriminated against non-Buddhists, particularly Hindus and those of Nepalese descent. Dhital said anyone who protested was arrested and tortured by the government, and those released had to sign a voluntary migration form and leave the country.

This policy forced people out of the country and into a refugee camp in Nepal. Dhital said around 115,000 people were trapped in the camp before the U.S. offered to transfer over 60,000 of them.

Jerri Shepard, an associate professor at Gonzaga University who visited Bhutan while on sabbatical, said that tourists in Bhutan know very little about what happened to refugees like Dhital in the 1990s.

“It is easy for a tourist to revel in the wonder of this beautiful country, without having any idea of the stigma attached to and traumatic experiences of refugee families, especially of Nepalese descent,” she said.

Dhital and her family were the first Bhutanese refugees to leave Bhutan and transferred to the U.S., where they received help from World Relief upon their arrival in 2008. Through the organization, they were able to find housing, work and learned English.

After several months, Dhital got a job at World Relief Spokane while her husband started working at a window company and her children went to school. Her son, Satya, became a Gonzaga University graduate in civil engineering, graduating in 2017.

“Coming to Spokane offered opportunities for their children’s education that never would have existed had they stayed in Nepal,” Shepard said. “Although life is better in Spokane, there are still challenges and obstacles to overcome.

Dhital said the easiest part of adjusting to the U.S. was that she was able to speak a little bit of English and that World Relief was able to help find a family who would take her and her family into their home.

However, the hardest part of the adjustment period was how new everything was to them and she had never been exposed to snow before. Also, talking to people was a challenge because of the way she was taught English while in the refugee camp where certain words were pronounced differently.

Despite the challenges, Dhital said that life has been good for her in the U.S.

“I felt like our life was almost gone in the refugee camp,” Dhital said. “The productive part of our life was basically passed so we came for our children’s future, and so they got to go to school and they are doing fine so I’m happy overall. The reason I came was achieved.”

“Pingala now works at World Relief and is able to provide support for refugees and English Language Learners who are new to the community,” Shepard said. “Her service to our community is a mark of her commitment to justice and a testament to her resilience.”

At World Relief Spokane, Dhital is a job and employment counselor who provides assistance to refugees on how to get a job, how to keep it, the cultural differences at work and other vital aspects of the workplace.

Dhital said she is thankful for being given the opportunity to give new life to people, especially those who had been in refugee camps, so they can find work and be independent.

“We’re not here on public assistance, most people come here and they work,” Dhital said. “We are not here to be burden, we are here to rebuild life and to be productive and to live as normal people.”

Matthew Kincanon is a Digital Content Producer at KXLY with a journalism and political science degree from Gonzaga University. His journalism experience includes the Gonzaga Bulletin, The Spokesman-Review, and now SpokaneFāVS. He said he is excited to be a freelancer at SpokaneFāVS because, as a Spokane native, he wants to learn more about the various religious communities and cultures in his hometown.

Previous Are women the moral arbiters of their families?
Next Ask An Evangelical: Does a non born again Christian have God’s ear? 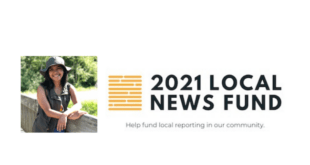 According to an announcement, on Tuesday (Nov. 30) a vigil will be held at Veradale United Church of Christ in response to "immoral systemic racism in our justice system."