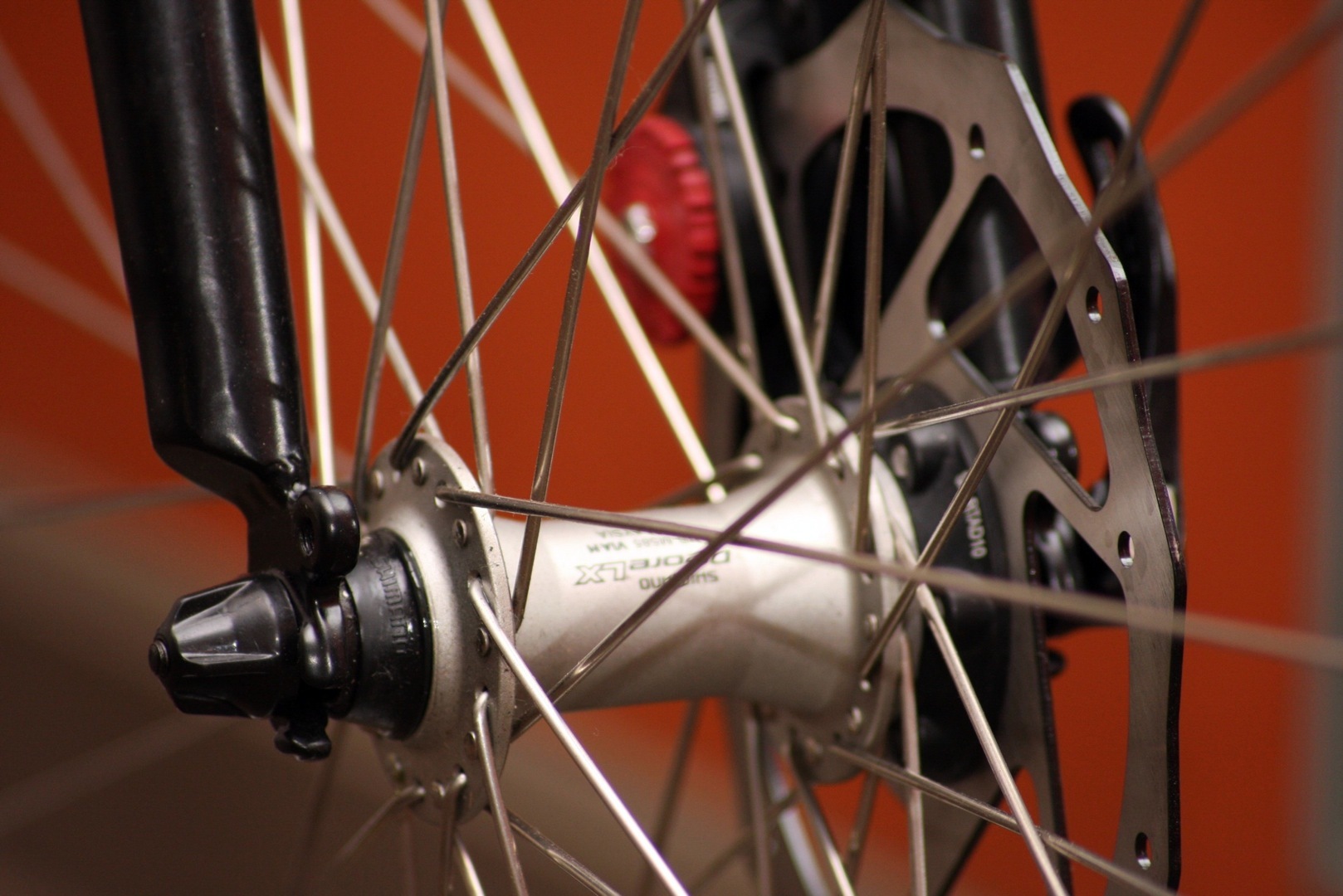 In search of the American bicycle

Earlier this year I decided I was going to make good on a long-time plan and buy a road bike. I mostly ride on pavement these days; a few years back, I more or less permanently swapped out the knobbies on my mountain bike for slick tires. After riding that way over a few thousand miles of asphalt, I started to wonder why I was riding a mountain bike at all. My friends on road bikes climbed hills with vastly less effort than I did and they turned corners with way more grace than my steed could muster. Besides, the things that my mountain bike’s geometry was built to accomplish, such as staying stable as the rider slowly encounters rocky terrain, pretty much never come up on the road. And so, I started shopping.

Going in, I only had one major criterion: I wanted to buy a bike made as close to where I live as possible. I didn’t think that would be hard. After all, my mountain bike, built by the company Specialized in 1996, proudly bears a stamp advertising its U.S. origins. And, when I bought it, most of Specialized’s competitors also built their bikes in this country. Maybe you can guess where this is going: in the 15-odd years since I bought my current bike, the major brands have all moved their manufacturing overseas.

Learning just how hard it has become to buy an American bicycle was one of those moments in which my innocence wandered a little deeper into the forest and got even more lost than it was before. I went to high school during the time that ecological concerns were really moving into public awareness; it was, for instance, our student council that pushed the school to start a recycling program. Over the intervening years, humanity has learned still more about the ways in which our choices can either harm or nurture the earth. In particular, we have seen the evidence mount that international shipping comes at a cost to creation.

My desire to buy an American bike isn’t just based on ecological concerns, however. We also know that an item made close to where it is sold is more likely to be made by workers who are treated fairly; it’s more difficult to abuse your employees when there’s a risk that your customers will witness that abuse. To choose an example from the computer sector, it’s hard to imagine that the conditions at Apple’s iPad factory would be anything short of a scandal if iPads were made down the street from Spokane’s Apple store. (Note that, even as Apple boasts that their supply chain will soon be a model for the industry, no one is actually reporting that working conditions at the iPad factory have improved.)

Putting the questions of ecological and economic justice together — and throwing in the old fashioned ethic that says it’s a good idea to help create jobs where you live — I guess I had reached the naïve conclusion that manufacturers would be moving their operations to the U.S., not away from it. It’s disappointing to be mistaken.

There is a little good news. Phoning around to Spokane’s bike shops, I have learned that a handful of small manufacturers have kept their operations in the U.S. Here’s the catch, however: economies of scale insists that these manufacturers’ bikes are appreciably more expensive than their larger competitors. Thus, I am faced with the temptation to forget my principles and save several hundred dollars.

The theologian Karl Rahner once observed that, in today’s world, buying a piece of fruit has become a moral decision. It turns out that buying a bicycle is not so different. When I was a child, the bicycle stood as the symbol of carefree fun. Today, the bicycle demands an answer to that old and much less carefree question: So, are you going to put your money where your mouth is?

Previous Vatican censors nun’s book on sexual ethics, and some see a bid to muzzle women’s voices
Next Young snake handlers grasp the power of faith