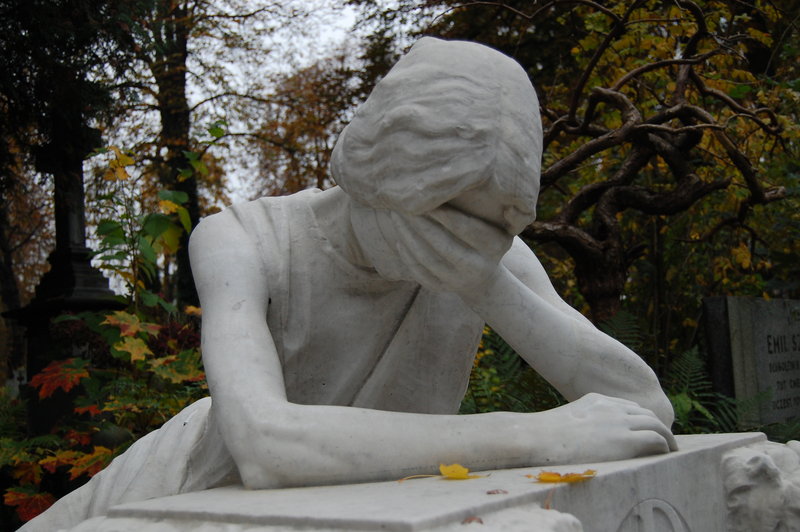 In Praise of Healthy Lament

In Praise of Healthy Lament

When our son was 3, he was running in the house when he fell hard, and started crying. I found myself consoling him by saying something like, “Your tears help your pain come out.” Never an easy cry-er myself, I rarely took my own advice.

Some years later, I was at a spiritual retreat and found myself alone in the church sanctuary. I had been going through some emotional anguish, and in that moment, discovered tears welling up inside me. I consciously pushed them away — afraid that I started to cry, I might not stop.

My conflict about crying doesn’t seem to mine alone. I am an easier cry-er now, but I still find it easier to deny I have a need to cry. It’s easier to pretend all is well. So many of us do just that. “Stiff upper lip”! We learn to keep our pain, our grief, stuffed inside. That’s unhealthy lament.

I wrote this column at a Sandpoint coffee shop. As I was beginning to write, a man walked up to me, introduced himself, and soon began to tell me about losing his wife in recent months. In his mid-80’s, the man was never an easy cry-er. Until that day. He “wailed” (his word) in his grief.

And he began to experience what has been a healthy grief so far.

Old Testament professor Walter Brueggemann (now 88) has written considerably about lament. He affirms that “the laments in the book of Psalms and Lamentations are all an expression of grief, but they’re also an expression of hope. They are an insistence that things cannot remain this way and they must be changed.

Such prayers are partly an address to God, but they’re also a communal resolve hang in and take transformative action. Unless that kind of grief and rage and anger is put to speech, it can never become energy. So, I believe the transformative function of such prayers is that it transforms energy and rage into positive energy.” (Honest Speech and Transformative Potential: An Interview with Walter Brueggemann, by Micky Jones, 2014)

Political vindictiveness is usually rage fueled not by hope but by a sense of “poor me” victimhood. It wildly transmits some kind of pain without any care for whomever is in its destructive path.

A woman killed in a “road rage” encounter recently brings rage of a different kind. Can that rage be channeled in healthy ways by her family and friends? Will their anger seek justice for her and for the man who killed her? Time will tell.

Will the brokered truce hold between Israelis and Palestinians? We watched and heard the angry, fearful cries of war victims. But will those laments lead to hopeful progress for a mutually beneficial, long-lasting political agreement? History isn’t encouraging. Maybe the world’s laments will work this time.

Traditional laments found in the book of Lamentations and in one-third of the biblical psalms include these three dynamics: confession, praise, and above all, honesty. Without honesty, it’s religious game-playing.

Laments are unhealthy if there is too much “woe-is-me” without a conscious hope weaving its way through the prayer. Laments can be only empty tears if the praise is not undergirded by grief honestly, deeply expressed.