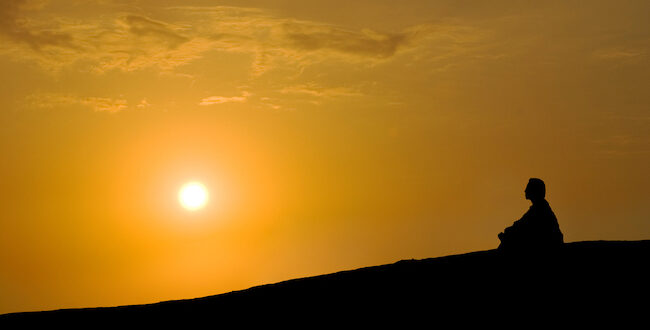 In All Activities, Be In Conscious Inner Harmony

In All Activities, Be In Conscious Inner Harmony

When I used to watch TV, “Mr. Magoo” was my favorite cartoon. Wealthy and educated Magoo is an elderly man whose eyesight is failing. He bumbles blindly and hopes for the best. At all events, I think of him when I go abroad. Like Magoo, I am often at risk of falling. My catchphrase is “There are so many ways to go wrong.” And yet I want to be a good companion.

Focusing too much on pollution, sea rise, or the indigenous people marginalized by tourism will only make me a dismal escort. Living splendor will grow threadbare. I will risk resembling A.A. Milne’s character Eeyore from “Winnie the Pooh,” whose catchphrase is, “I knew it was too good to be true.” Mr. Magoo, that cartoon doofus, continues cheerful as he blunders through the world, no matter how his failing eyesight might impede him. His catchphrase – “Oh, Magoo, you’ve done it again!” – shows him as a man who owns responsibility for his conduct.

The Buddhists have much to teach me about travel. An aspect of mindfulness, learned from the Rev. Zensho whom I sometimes sit before in Sandpoint, is to find “the flow” and enter it. Be in conscious inner harmony with whatever activity I undertake. If the sought-after flow does not arrive readymade, discover ways to generate it, ex nihilo, in the here and now.

I have found several ways to invite the flow state. The first is to give technology a rest. Every resort has wi-fi, but I resist the lure, switch off phone, make it available for emergencies only. Find the internal pleasure buttons and press them – family, books, nature’s futile beauty. The head-bowed tourist peering at a tiny phone screen is a prototype of purgatory in paradise.

Rather than brooding on the long-term consequences of tourist shocks around the ailing globe, I try to live in and for the moment. Revel in the squidgy insects crept from underworld to be stepped on, the resident rat nibbling on the cracker wrappers after lights-out. Bless them all for the ways they ground my family. Thank the creepy-crawlies in the water and on the land.

Counter inborn penchants to fret about Earth’s future. Let low notions roll off the back. Relinquish hope that much of substance can be done for traditional cultures from my distance. Nor may any one of us, alone, impede the sixth extinction of other species that is bearing down so hard upon us. Economic and ecological barrages might meet with unforeseeable justice in the end. “You are welcome” in the French language, de rien, translates literally as “It is nothing.”

In a fond fantasy, I will gain an ecstatic suspension of time and merge with eternity. If only for 60 seconds, I will rest myself in lotus posture, leave my husk of a body, and rise until my noggin knocks on whatever cloud or ceiling asserts itself and returns me. That would be a fine way to travel, an eternal merging that would gratify me both going up and coming down.

On a tiny Thai island off the coast of Malaysia, my wife, son, and I sojourned last year. Reed recorded a slo-mo video of raindrops bouncing on his plunge pool, and I was glad to see him honor the monsoon weather rather than lament it, glad to see him share our Thailand time.

In our privileged lives, we journey above the hidden circumstances of our destinations. Monsoons bathe us. Mosquitoes sing. Below each set of stair treads in our Thai resort, landings gave us opportunity to pause, to catch breath and gain perspective. I leveled my head to the falling water that puddled on the planks. I paused to watch the raindrops bounce and roll like ball bearings across each puddle before they merged, returned, and became part of the whole.

Paul Lindholdt is a professor of English at Eastern Washington University.