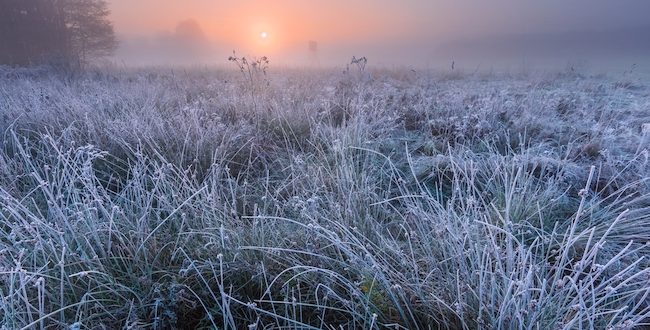 “You’re not officially an adult till you have all of your stuff out of your parents’ house,” so said one of my favorite professors my sophomore year of college. I’ve been thinking a lot about that line lately, as I have most of my possessions in storage in my parents’ basement while I’m transitioning into my new life more than 2500 miles away.

I’m also thinking about the concepts of home and hearth and transitions because of the time of year. Many Pagans celebrate a holiday on or around Feb. 2. Most call it Imbolc, and it is traditionally seen as the transition from winter to spring. It is often associated with the concept of spring cleaning in preparation for the activity and productivity of the coming season. I moved cross-country with literally only the things I could carry, and I now find myself wondering whether I really need everything I left behind.

Truth be told, I’m probably also having these thoughts due to the popularity of Marie Kondo. Disclaimer: I haven’t read her book or watched her show. She lost me at, “get rid of your books.” However, I like her overall idea of getting rid of anything that doesn’t “spark joy.” I believe this concept could be applied to anything from material objects (I am not much of a knickknack person, but have somehow accumulated a lot of them) to bad habits (in doing my research for this column, that topic came up in terms of starting fresh for spring).

Maybe some would argue that my collecting books is a bad habit. In response to that, I’m reminded of a friend who moved out of her mother’s house with nothing but books and plants; the day she told me that story, I knew she was part of my tribe. Maybe that should be my guide for what to get rid of from my parents’ basement: everything *but* the books.

After all, what is a home without books? Home and hearth is important to certain Pagan deities, and especially at this time of year, when many people are stuck indoors due to nasty weather. Imbolc is associated with tending the home fires, domesticity and the family, and hospitality. Historically, before people had refrigeration and other methods of food preservation, this is the time of year that winter stores were running low and there were no fresh crops. Meanwhile, ewes—which were considered a dairy animal long before cows—come into milk this time of year. That is where the term Imbolc comes from: it is derived from “Oimelc,” which means “ewe’s milk.”

Many people are currently looking for proof of the coming spring. Many Pagans try to look to nature—more daylight, birds returning, flowers starting to emerge from their winter’s nap. Another quote I have been thinking about as I write this column is something I heard from a local DJ my first year in Spokane: “Spokane has two seasons: winter and construction.” That seems to be true in other places as well, as road construction has recently popped up in my Brooklyn neighborhood.

Regardless of what you believe or celebrate this time of year, transitions aren’t easy. That’s probably why many people in Spokane and elsewhere have been posting groundhog-shaming memes on Facebook. Blessed Be.