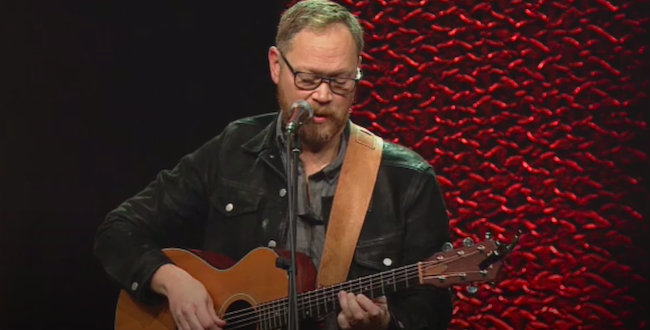 Screenshot of Andrew Peterson in concert

I’m As Bad As They Are

I learned an embarrassing lesson – that I’m an imperfect Christian – while watching Andrew Peterson’s Feb. 13 chapel concert at Cedarville University in Ohio.

Andrew makes the point that we are saints one minute but fallible the next. Being Christian doesn’t insulate us from the failures, shortcomings, mistakes, loutishness and other downsides of being human. And his own experience during the concert of forgetting the lyrics to one of his songs was the perfect proof.

My last letter, if you remember it, was written out of frustration with our politicians. It was less than the world’s greatest Christian witness because it failed to recognize that every president and every member of Congress is as human as I am. Translation: Just as fallible. In 1 Corinthians 15:45-49 Paul writes that we live both a human and heavenly existence and we are transitioning from the former to the latter.

In Luke 6:27-38 Jesus tells his audience, “Do not condemn and you will not be condemned,” and “Do to others what you would have them do to you.” Don’t demand punishment for those who rip you off, Jesus says, because God has forgiven your equally egregious sins. “Love your enemies and do good to them” because God “is kind to the ungrateful and the wicked. Be merciful, just as your Father is merciful.”

The message to me is clear. I must cut politicians some slack. A lot of it, if necessary. I must stop complaining and pray for them, in other words. Yes, I can do that, especially since God has already forgiven my cattiness.