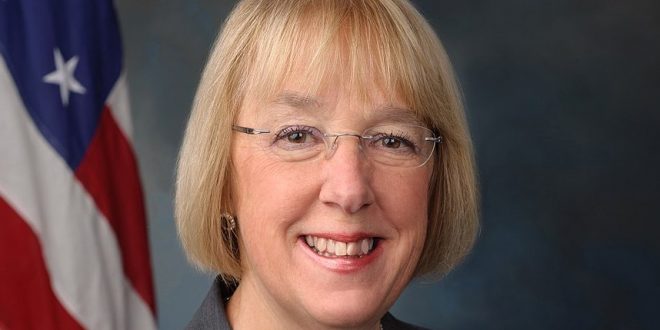 If the Public Wants Justice: A Follow-Up With Senator Patty Murray

If the Public Wants Justice: A Follow-Up With Senator Patty Murray

What started as a column suggesting the need for a change in the federal impeachment process, has morphed into a look at how Americans ‘may’ be treated when they reach out to their federal elected officials.

Below is the text of a message sent, via an online form, to my Congressional representatives, Senators Maria Cantwell and Patty Murray, and Congresswoman Cathy McMorris Rodgers. Sen. Murray, replying 11 days after I reached out to her, was the first to reply.

Dear Senator Murray,
In my opinion, the United States needs to modify the Presidential Impeachment
process to provide more assurance to the American people that justice is being
served by the procedure and it’s results.
As a Republican who voted for Donald Trump in 2016 and 2020, I’m still not sure
that justice was the primary thing our country saw in either of his impeachments
or that of Bill Clinton.
Feeling so strongly about this on the day Mr. Trump was recently acquitted, I
wrote an article for Spokane Faith and Values, which you can read here –
highlighting some of the ‘problems’ I saw with the trial in comparison to
criminal court cases.
My hope is that you’ll read the article and, if you feel my concerns are legitimate,
consider how you might work with fellow members of Congress to make things
better.
Though far from a legal scholar, I would be glad to ‘meet’ with others, who share
my concern, to brainstorm potential improvements to the system.
Thank you for your consideration of my concerns and for your service to our
country.

In the email I received in response, my name was correct but after that, everything went pretty much south. The email heading was, “Thank you for contacting me regarding the transfer of power between President Donald J. Trump and President-Elect Joseph R. Biden,” even though the first sentence in my message to her was “In my opinion, the United States needs to modify the Presidential Impeachment process to provide more assurance to the American people that justice is being served by the procedure and it’s results.”

If that wasn’t a poor enough example of accurately responding to the message received, after focusing on the Capitol insurrection of Jan. 6 in most of the email, it stated, “The House has already impeached President Trump a second time, and the Senate must now hold a trial—as quickly as possible—and bar him from holding future office.” Interestingly, my message contained the fact that I wrote my article for Spokane FaVS on the day of Trump’s acquittal at the very trial suggested to be held “as quickly as possible.”

I can’t know for sure what was behind the message sent to me and I’m not going down the road of passing judgement against the senator, but I can’t think of any explanation for what I read that casts a favorable light on this representative of Washington, or for that matter, her staff. Here’s a list of possible explanations, none of which paint them in a very good light.

I don’t know if any of these were the cause of the reply I received but there is one thing that’s certain: Sen. Murray either saw my message or she didn’t. If she didn’t, then the direct responsibility for the quality of the response falls on her staff, although she is ultimately accountable for how they perform their duties. If she did see it, and the response is in anyway associated with her opinions, then we might have the basis for another column.

Have you ever received a response from one of our federally elected officials that didn’t accurately address your concerns? Do you think there are things that need to be fixed in Congress as it pertains to communicating with American citizens?

Previous Ask A Jew: Are Jewish Dietary Laws Outdated?
Next Holding On In The Letting Go In A Pandemic: Not Alone in Isolation

If the Public Wants Justice, Impeachment Trials Must Change - SpokaneFāVS