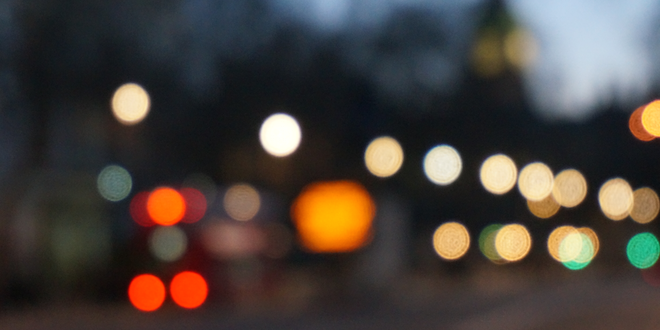 The truth will set you free. It sounds simple, but the demands of the day were upon me even before I opened my eyes this morning. I can’t be free right now I’ve got too much to do and immediately you’re submerged in the milieu of everyday life pulled by commitments and the immediacy of needs.

But what if you could cause time to stand still and step outside the bubble of immediate demands and stroll through the driving forces of life?

Be still and know that I am God.

This is a simple statement of fact for those who choose to believe. In that still knowingness, what do you know?

The light is the substance of all, capable of being seen visible and invisible, physical and conceptual.

When establishing an identity one needs a clear vision of what identity is.

In using the power of discernment, logic and faith as the defining paradigm, the focal point is the relationship between created and creator. Given you are light, the question becomes where do you shine? Not vocationally but socially. Social behavior defines your identity. Recent news demonstrates that.

Jesus Christ, the light of the world, along with anyone who has taught for the purpose of education has said, seek first the kingdom and its righteousness and all else will be added unto you.  This is the focal point.

The kingdom is an attainable goal when your light is properly focused. We know it is within, a knowable idea and at hand, one capable of construction in the form of truth and spirit. Truth reveals and spirit activates from invisible to visible.

That also is a pretty simple statement and yet no political or religious leader comes close to fulfilling that promise. The reason is because it is structural, the way it’s built conceptually rather than on theological or politically based philosophies. Ultimately it’s how you see the structure of the world and with what light: you in a kingdom based on light or global crisis.

How does one receive the promise of a kingdom as a gift to be opened and played with? By accepting it!

Accepting a personal perfectly thought out expression of love as a gift is a moving experience. Manners, politeness and civility in expressing heart felt gratitude cause a welling of emotion. To be honored so highly is a humbling experience. When one is mature, accepting a gift of life in a Kingdom of God might seem overwhelming. Relax, you’ll get used to it.

When your teacher says, as long as I am with you I am the Light of the world and you get that, the natural result is vision. Light creates vision.

So what do you want to see? Personally I want to see the Kingdom we’ve been praying for.

To see the invisible, take up my burden, for it is light. Okay there, you got it. Physical light and spiritual light is the same thing.

The truth will set you free, so let us research the categorical truth and shine some light on it.

Category is Kingdom of God on earth.  Sociologist George Carpenter said to always define your terms. The truth is the structure and substance of the spiritual realm. We use this truth as a combination of principles in discovering the structure of the kingdom in order to release the flood of natural good presently at hand. This is similar to a chemical reaction.

The truth about the light is it appears across the spectrum of categorical truth.

We can explore the conceptual portion of the spectrum and employ a focal lens of sociology through which the category of kingdom come on earth will be exposed to the light of truth.

This is the invisible realm of creation wherein ideas concerning the spirit are given form by definition. Sociology is the study of society, the Kingdom is a society led by an ever present spiritual king.

The king and his kingdom are within and at hand. These are the most empowering words ever spoken. How can you know this? Because we are told by the light of the world, I am as near as your breath and as close as your heartbeat.

The gift of the present truth is wisdom and maturity. These traits come in ample supply and are infused with the burden of light.

OK, if you’re still with me let’s employ this relationship with the light because there is something I want you to see: that place where the all else exists.

Thy kingdom come thy will be done.

Allow your light of discernment to pass through the lens of sociology; you are observing a group of people organized for a common cause. They all want peace, sustainability, and compassion one for another and optimistic joy, peace and a sense of well being.

How do they create such a state? They believe the light reveals a natural harmony in the balance of nature that is paramount to well being. They know inherently that alignment with the natural law of focused light a wealth of energy is at hand. They know their job and well being is contingent on the well being of their neighbor. They know that by spiritual law as dictated by the king their abundance is due to his will.

It is the acceptance of being the light of the world, willingness and the works of being a bright light that brings the kingdom to life.

The illumined heart and mind speaking the truth that sets you free is overjoyed to see brothers and sisters who recognize the ever present reality possessed by divine right.

One’s identity can be found in knowing, seeing, feeling and understanding the light of the world. Just look outside, you can see it. Then look inside and see the seer.

The light illuminates the full spectrum of your life and thereby your identity. In that the crises is no more.

Charles R. Vaden was born in Las Vegas, Nevada back when it was a sleepy dusty desert town. After a six year stint in the Marine Corps where he earned the rank of Staff Sargent and served as an Aircrew Survival Instructor during the Vietnam war training pilots how to survive in adverse conditions should they be forced down. Afterward he earned a degree in sociology and minor in psychology and while in school formed the first "Futurist" club, hosted a radio show on KUNV and supported a colleague in the development of a "Solar Powered Lighter-than Airship. "After graduation he spent 15 years in the field of counseling working in adolescent psychiatric, adult drug and alcohol and behavior problem youth at the now internationally renowned Turn-About Ranch in Southern Utah as recommended by Dr. Phil. Vaden is currently developing the interactive matrix of "Star System 5" a tool using Structural Sociology applied to the Kingdom of God on earth so as to develop a working social construct to bring about the social psychology necessary for implementation of the Kingdom.

Previous Ask an Eastern Orthodox Christian: What do you teach about free will?
Next Why the Supreme Court’s gay marriage decision is not like legalizing abortion (ANALYSIS)