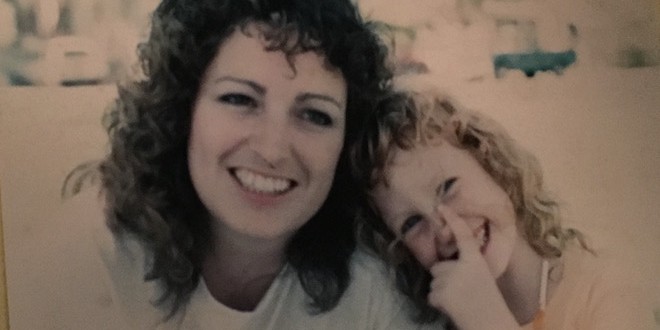 I’d forgotten why I became a religion reporter

After Coffee Talk last month a friend texted me and said, “Your smile is gone.”

I didn’t know it was evident.

In the course of teaching at two universities that are 75 miles apart while managing the ins and outs of SpokaneFāVS, Coffee Talk had just become another “to do” on my list. It felt meaningless — in the busyness of it all — I had forgotten why I become a religion reporter in the first place.

That story begins in Albuquerque.

Only recently have I begun to share pieces of this story publicly. I’ve dropped the word “cult” into guest sermons here and there and have alluded on social media to my broken family.

A reporter is purposely evasive. I realize, though, that partly why I didn’t share is simply because I didn’t want to.

I didn’t want to think about what I was taught, who taught it and how those messages have taken my mother from me. I thought about my friend’s text and realized my smile was gone because I had lost my vocational motivation by letting everyday distractions stifle my memories. And those recollections are what move me to be a religion reporter.

Those experiences generated my motive to educate people about various faiths and to provide dialogue and community engagement opportunities around the issues and thoughts regarding those beliefs.

I still hesitate using the word “cult” in describing the religious sect I grew up in because it brings up wrong ideas. We didn’t live on a compound, there was no sexual or physical abuse, we weren’t asked to drink the Kool-Aid. On TV that’s what a cult is, but in reality a cult is a religious group that is exclusive and authoritarian. There are, of course, other aspects too. Cults are controlling, the leaders get special God-given knowledge, there’s indoctrination, group think, cognitive dissonance, and so on.

The group I was raised in was exclusive in that, like other groups that exercise enormous power over their adherents, they are the only ones who are right, and if you leave them, your salvation is in danger. It’s authoritarian in that its leader expects unquestioned and unwavering loyalty and obedience.

There isn’t a name for the group I was raised in. It’s led by one man – Sam Soleyn — a self-proclaimed apostle who says he gets direct revelation from God. To his thousands – yes thousands – of followers, his teachings are Gospel.

Soleyn is smart. He has a doctorate of jurisprudence from the University of New Mexico and has managed to recruit thousands of followers from New Mexico to Texas to Washington D.C., all the way to his native the Caribbean and beyond to South Africa. And he’s done all this while remaining under the media’s radar and off of social media.

He preaches doctrine you might expect: Homosexuality is wrong, abortion is wrong, premarital sex is wrong, tithe 10 percent, be prepared for Jesus’ return, and so on.

But Soleyn’s theology goes much deeper and becomes much more questionable than these typical fundamentalist teachings. For instance, he says to isolate from the rest of the world, because of rest of the world is wrong.

“Three years ago I prophesied, ‘Come my children, enter your rooms, close your doors, hide yourselves for a little while,’” he says in a sermon. “I explained to you then that what the Lord was saying was that a time where truth was of no particular value to a people, had come and that God was going to pull his people out from the public forum so that the world could engage itself – the world and the secular church – could engage themselves in debates based on sociology and not on the Scriptures and that we were to be silent and offer no participation in any of that…”

He teaches that you start out by being a “son” who needs a “spiritual father” to guide and discipline you. Perhaps ultimately you can make your way to a patriarch. “A patriarch is a father (man or woman, supposedly) who is mature enough and (in) depth of relationship with the Lord such that he no longer needs oversight…. If there would ever be a need to bring correction to a patriarch, the matter would be judged by a delegation of apostles,” according to Sam’s website. Anyone — like you or me — who does not have a spiritual father from Sam’s group is an orphan.

He teaches dogmatism: “The biblical standard is not ‘love is tolerant.’ That is the convenient view of the popular culture today….Tolerance… lacks convictions. It is a human standard and not a divine one.” I read those lines in a letter written by my mom and stepdad – and, I’m convinced, Sam — sent me three years ago.

Soleyn teaches that those who don’t believe his truth do not have God in their lives. As my mother, et al, wrote in that same letter: “Truth is an eternal plumb line by which we are to live and by which we are eventually judged. For a people who choose not to retain God in their knowledge, these are quaint notions easily sacrificed on the altar of convenience, mere traditions to be discarded in the greater goal of human freedom.”

In that letter I was told that because we couldn’t agree on Sam’s theology, we could no longer be in relationship. I’m confident that that “order” came directly from Sam and was never questioned. With these words, my mom wrote off her only child.

Exclusive. Authoritarian. It’s a dangerous combo. And that’s why I became a religion reporter. Because there are “Sams” everywhere. I talked to a cult expert once, and he told me he learns about a new cult leader every single day.

That’s scary, but for lots of reasons it’s not surprising. There are vulnerable people looking for belonging and unknowingly aching for the comfort of someone telling them what to do and what to think. Enter Sam. There are others looking for power. Enter Sam with his message of “fathers” and “patriarchs.”

I don’t write about religion and urge others to do the same just because I want to prevent people from joining cults. I do it because it’s easy to be close-minded.

Being narrow-minded spawns fear, hostility and as we already saw above — intolerance. It also breeds ignorance. It becomes a place of order where critical thinking skills aren’t needed. Being receptive to others takes work, takes intentionality. It means trying to understand what your neighbors believe, and why, what their traditions are, and how such customs are practiced — even if it’s uncomfortable. Because wouldn’t we want the same consideration for our own beliefs?

That’s where the religion reporter comes in. Someone well-versed in theology needs to study and write about the belief systems in a community, needs to put a human face on Hinduism, Christianity, Buddhism, Islam, Sikhism, and so on. You might not even know you wanted to learn about the synagogue on the corner until you pick up the paper, or click on a link that caught your attention.

As a high schooler I lived next door to a Hindu family. I was taught they were wrong and weird. Not once did we try to understand them or their culture. To me, it was our own lack of respectful curiosity that was wrong and weird, and countering that attitude was a driving force in my finding the God beat.

My mom and stepdad think what I do for a living is spiritually dangerous. Educating people about other faiths is spreading a doctrine – acceptance, tolerance, respect — that’s not Sam’s, and thus a wrong theology. They refuse to read my articles or visit SpokaneFāVS.com.

I’ve been thinking about my mom a lot while writing this column. It was just the two of us growing up, and her absence hurts. But in that pain I find meaning in what I do. Bearing that pain I can only hope that during my 14 years of writing about religion, the stories I’ve written have softened some hearts and connected new and unexpected friends. Owning that pain, I can only hope that the stories I will write over the next 14 years will re-connect human beings, whatever their creed, more lovingly to each other.

Previous The Reich stuff: The unexpected wisdom of Trump-Hitler memes
Next Love Makes Us Human 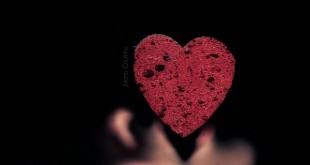 Love is Real, Not Perfect 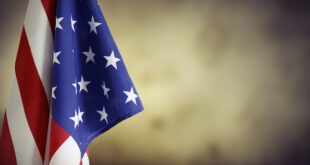 Where is the healing power in an excessive show of freedom?