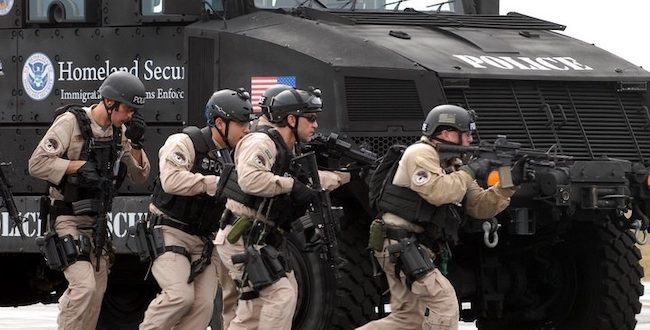 This column has been updated

A while back, through a series of violent and unjust events, a man named Joseph found himself living in a foreign land. Although not Egyptian, he lived a long time in Egypt, where he was able to contribute meaningfully to the wellbeing of the nation, expanding the economy and preparing for impending famine. A small group of people then left their homeland because they didn’t have access to food and also immigrated to Egypt, where they thrived.

We see this pattern in American immigration as well. According to the Economic Policy Institute, in 2011, while only 13% of the population was comprised of immigrants, immigrant workers’ total economic output was 14.7%, and unauthorized immigrants contribute to economic growth “because they contribute more to the system than they take out.” Immigrants, both authorized and unauthorized, contribute meaningfully to the economy by filling jobs not being filled by American-born citizens, often supporting other jobs that Americans couldn’t have without the support of immigrant workers.

What Happened in Biblical Egypt

Eventually, a new king arose in Egypt and said, “Look, the Israelite people are more numerous and more powerful than we. Come, let us deal shrewdly with them, or they will increase and, in the event of war, join our enemies and fight against us and escape from the land.” (Exodus 1:9-10) The king relied on fear-inducing rhetoric, making baseless claims about the dangers of the foreign population. The growing population of foreigners became a source of free forced labor, primarily in construction jobs building storage units for the wealth that Egypt was accumulating thanks to their contributions to the economy.

Although the Hebrews posed no threat to the stability of Egypt and benefited the economy, the king didn’t want them there. He had children taken from their families, young boys killed before they could grow up. The king of Egypt, one of the most powerful men in the world seen by many as a god, felt his power was threatened by foreign babies and therefore took violent measures against them.

What’s Happening in the U.S.

Despite the positive impact that immigrants have on the American economy, the powers that be feel threatened by their presence and construct stories about threats they pose to Americans. On Aug. 7, about 680 workers were arrested by U.S. Immigration and Customs Enforcement (ICE) officials while working in food processing plants in Mississippi. The companies that operate the plants, such as Koch Foods Inc., are large corporations with billions of dollars in annual revenue.

While these adults were being arrested, many of their children were learning reading and mathematics during the second day of the new school year, only to find out that their parents had been taken from them at the end of the school day. While these parents have been released and reunited with their children, the threat of permanent separation will have a lasting emotional effect on these families. The reactions of children like 11-year-old Magdalena Gomez Gregorio demonstrate how fearful the families affected by the raids were. And while these families were reunited, those crossing the border continue to be separated despite a court ruling that family separation be curtailed.

Like Egypt, America is frightened by those different from us, subjecting them to grueling labor, punishing them for performing said labor, and separating families as a punishment.

If you appreciate this column, please consider making a donation so we can continue to provide more content like this. All donations are tax-deductible.