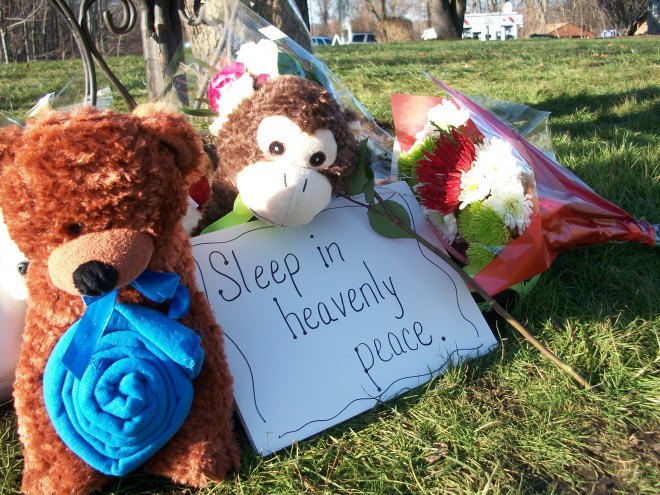 Memorial at St. Rose of LIma Church in Newtown, Conn.

I worry for our children, do you?

There have been 74 shootings since the Sandy Hook tragedy. That’s on average of one shooting every week. Not only does this trend seem to continue, but we are running the risk of being desensitized to gun violence.

I watched the live coverage of children run across the lawn, hands in the air as SWAT teams pointed assault weapons in their direction. I worry about how they will go through life having witnessed such trauma. I worry about schools issuing bullet-proof blankets and emergency protocols that extend past tornadoes and earthquakes to deranged gunmen and shooter preparation.

I worry about our government investing untold amounts of money on national security, counter-terrorism, and counter violent-extremism yet are reluctant to label armed perpetrators who take human life as terrorists. Because of this mislabeling, I worry about the little being spent to counter an endemic violence that takes as its victims the most innocent, vulnerable and dependent members of our society.

I worry about whether there are others who feel the same way I do.