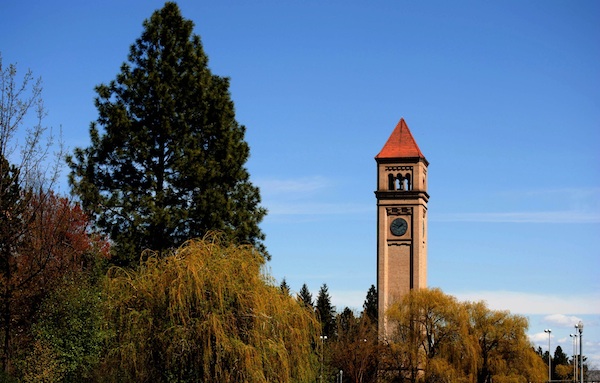 I will always keep the Spokane community close to my heart

Recently, I left Spokane for a new job, new house, new state and a new community. I finally have living room furniture, and I have spent a total of grand total of four days at my new job. But as I begin my new adventure, I reflect on the community I left behind.

I never really considered myself a Spokanite. I’m certainly not a native. I am not a hiking enthusiast, I don’t understand the appeal of Greenbluff, and I am not particularly fond of the outdoors (due to my being both fair-skinned and bug-averse). I struggled to find a church. But then I met Tracy a couple of years ago, and I think it was the beginning of my journey to become a full-fledged Spokane citizen.

I met Tracy just as Spokane Faith & Values launched, and I volunteered to write for the site. It was a good chance to get some writing on my curriculum vitae, but it also became a crucial way for me to meet a diverse group of people from all ends of the religious and non-religious spectrum. Sure, I had lovely work friends, but without the experience of Spokane Faith & Values, I would have had to find other ways to step outside the Pinecone Curtain of Whitworth. It has been a wonderful, educational, growing experience. As a result of participating as a panelist in one of several coffee talks, I met Liv Larson Andrews, and eventually I began attending Salem Lutheran Church. In my experience, finding a church is what really enables me to feel grounded in a community. And so, with the combination of work friends, Spokane Faith & Values, and Salem Lutheran Church, I finally felt like I belonged.

But an irresistible job opportunity presented itself and began to think about leaving Spokane. I don’t know how many times I told people that leaving the job was easy, but leaving dear friends behind was going to be much more difficult. And I reminded people that Spokane is a mere 45 minute flight to Boise. I left behind a community, and I have begun to form new relationships and find a place in the new community.

This morning I visited a church that Liv recommended, and that is mere blocks from my house.  We sang a song that has become one of my favorites, a song that seems appropriate for this time of my life. The first line goes like this: “Lord Jesus, you shall be my song as I journey.” In my last service at Salem Lutheran, we sang the same song.  The send-off song at Salem Lutheran became my welcome song at Trinity Lutheran, as a transition from Spokane to Nampa. But I will always keep the Spokane community close to my heart, even as I begin to integrate into the Nampa community.

And lo and behold! My first visitors to my new house (that are not related to me) were friends from Spokane.

Amy C. Rice is a technical services and systems librarian at Whitworth University. She has been attending Nazarene churches for most of her life.  As a result, she often approaches issues through a Wesleyan-Arminian perspective.