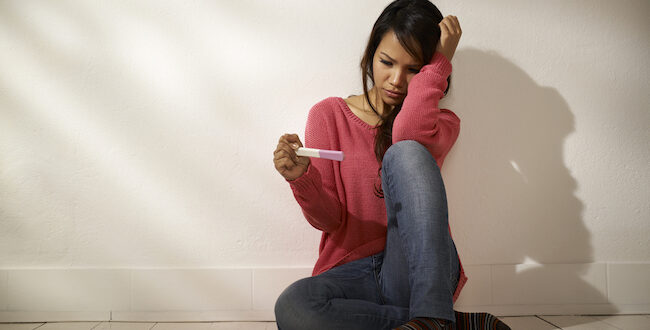 At present, 13 states have trigger laws on the books to outlaw abortion when Roe is overturned. Unfortunately, most of these are poor states (including Alabama, Oklahoma and Idaho), places where women are especially underpaid and underemployed. Add to the equation the fact most of these laws have a zero tolerance for any abortion, not even to save the mother’s life.

I remember what it was like to be a young woman before Roe v. Wade. The fear, the issues we would be confronted with if we were to get pregnant, the shame on our families if we did get pregnant, no matter if we had the child out of wedlock or chose to get a back-alley abortion. Worse, is the high number of young women who died unnecessarily either by using a “home remedy” to cure their pregnancy or by suicide because they could not handle the situation.

Many of those issues will immediately return with this ruling. I was not at all surprised Friday morning to see several of my friends posting on social media they were stocking up on the morning after pill before the products were taken off the shelves and made unavailable. Those women are the lucky ones in those states.

Now that the court has reversed itself and taken many states back to an abortion ban, poor women in states with strict abortion laws will find themselves in that old untenable position: Do they bring the fetus to term and either give it up for adoption or keep it, or do they try the old “cures” of drain cleaner or knitting needles, further endangering their lives?

One thing many of these new state laws do is ignore the allowance of an abortion for medial reasons, a miscarriage or an ectopic pregnancy. An ectopic pregnancy can kill the woman if the fallopian tube bursts, but some states will not permit a physician to remove the embryo from the tube and save the woman’s life under these laws. I am old enough to remember when a woman was forced to carry a dead fetus to “term” because any abortion was outlawed. The psychological damage was real.

Also real was the physical damage self-induced abortions cause to women. I remember several women who administered a self-abortion when they were young only to find they were no longer able to get pregnant or carry a baby when they wanted to start a family. There was physical scar damage as well as psychological damage.

There is very real pain on all sides as a woman, faced with an unplanned or difficult pregnancy, must make decisions. These should be a personal decision between the woman and her physician. A state has no business making restrictions on such a personal decision.

When abortion is legal, no one is telling a woman she has to get one, but it is available as a viable medical practice when it is necessary. Legal abortion removes the back alleys and home “cures” which create more damage than necessary.

With states deciding whether or not the medical practice is legal, it also puts the status of women in danger. By removing their reproductive rights while placing no such reproductive limits on men, it reclassifies women as second-class citizens. Again, I am old enough to remember when women were not only second class, women were considered the property of their husbands or fathers. Oklahoma did not change that law until the mid-1980s. Do we really want to return to that America?

I guess what astounds me more than anything is seeing this reversal when most other countries — including conservative, Catholic Ireland where it is permitted on socioeconomic grounds — have abortion rights on the books. Rather than acting as a first world country, America is retreating to the same ranks of the Republic of Congo, Haiti, Laos, and Senegal in their treatment of women.

Reversal of Roe v. Wade is just the start. After the ruling, Supreme Court Justice Clarence Thomas commented the door is now open to revisit the issues contraceptives and marriage as well as LGBTQA issues. Is this really where we as a nation want to be, reversing human rights and denying women and the LGBTQA community their full rights as citizens? As someone who remembers, I don’t think so.

An award winning journalist and public relation professional, Rebecca "Becky" Tallent was a journalism faculty member at the University of Idaho for 13 years before her retirement in 2019. Tallent earned her BA and M.Ed. degrees in journalism from the University of Central Oklahoma and her Educational Doctorate in Mass Communications from Oklahoma State University. She is of Cherokee descent and is a member of both the Native American Journalists Association and the Society of Professional Journalists. She and her husband, Roger Saunders, live in Moscow, Idaho with their two cats.

View All Posts
Previous Some Celebrate, Some Vow to Fight Back: Spokane Responds to Reversal of Roe V. Wade
Next Ciao to Choosing and Hello to Hiring, Part 2