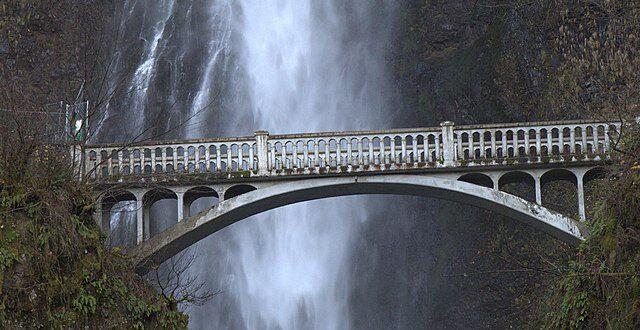 I Left My Heart in Oregon

I Left My Heart in Oregon

Midway through my recent week-long “slipper friends” trip through Oregon, returning from the coast, I stopped on a whim at a little roadside restaurant just east of Mapleton.

The Gingerbread Village Restaurant has been open since 1966. I can’t remember the name of the restaurant that occupied the lot before that.

Years later, when I was a father with young children, we would stop there on family vacations because I liked the pies.

So having skipped my breakfast leaving Florence, I had an urge to stop for an early lunch. I wanted some pie.

When I walked in, I was greeted by an older woman, older than me, dressed in a sort of ’60s-vibe Earth-mother outfit and fully masked. Three of us were waiting to be seated and she knew by name the two much older men ahead of me, each using a walker. She showed each to a table essentially reserved for them. Locals, they eat there every day.

When it was my turn, she led me to a comfortable booth, handed me a menu and started chatting as if I were her only customer. She is the owner, third generation. I told her of my visits in the past and told her I was there for some coffee and pie.

And waiting for my lunch, I started crying.

I was born in Oregon and though I have lived all over the country, I always considered the state my home. There was a time I thought I would retire there, probably to somewhere in the Willamette Valley, Portland, Salem or Eugene, my hometown.

But then I married my Carla, and she is a Spokane girl. I knew when we married that she would never leave, that I would die in Spokane. And I am happy with that. Especially after this last trip.

The state I know has changed in ways unimaginable just a few years ago. Portland is barely livable, a precipitous fall from the days of “Portlandia” that ended its run in 2018. The I-5 corridor is nothing more than a 120-mile traffic jam with accident after accident, some sadly fatal, delaying traffic for hours. Air quality, especially in the summer, ranges from unhealthy to hazardous as the state burns.

White supremacists and armed militias, including the Proud Boys and Oath Keepers, have established branches in Eugene – the most liberal college town imaginable – and communities immediately to the South.

But what brought tears to my eyes were the snaps of favorite landmarks and destinations that are now nothing more than ash heaps.

I was a senior in high school when a good friend and I, both horrible nerds and awkward with girls, followed a couple of young prettys out of Eugene and up the McKenzie. I have no idea what we would have done if they had stopped to chat. But we drove up the river to Blue River until we spotted a little roadside diner. Knowing our pursuit was futile, we stopped – for some pie.

That restaurant was also one of my mother’s favorites. She liked the pie.

But much of the lower McKenzie River area was destroyed a year ago by the Holiday Farm Fire. Blue River, all of it, was reduced to rubble and ash. Nothing left. It will take three years to remove the tress that once lined both sides of the highway.

The Santiam Fire, burning at about the same time, destroyed communities up the Santiam River highway, a road I have taken more times than I can count driving from Salem to Eastern Oregon. Oakridge up Highway 58, an area I once covered as a reporter, is threatened by a number of fires burning as I write this and turning air quality in the area to hazardous.

As I looked at that family photo album, picture after picture showed places I once knew but which have changed forever. My father proposed to my mother on the bridge that crosses Multnomah Falls. That area burned in the 2017 Eagle Creek Fire. The falls remain, open for tourists once again, but the hiking trails above will never be the same.

I do not traffic in nostalgia. I try to be forward looking and thinking. But that photo album was not nostalgic, it was tragic. And I cried.

There is a song, written several years ago to celebrate Oregon Ducks football, of all things. Coming Home (Oregon) was written and performed by Matt Kearney. I tracked it down again when I came home to Spokane. It speaks to me now in ways I never imagined.

As the song says, I left my heart in Oregon. But my home is in Spokane with my Carla, and I am happy with that even as my heart breaks for my home state.

Oh, there was no pie for my visit to the Gingerbread Village Restaurant. But my host suggested I have the crisp blackberry cobbler with fresh-made whipped crème. If I can’t return for the pie, I’ll be coming home for the cobbler. Not all is lost.