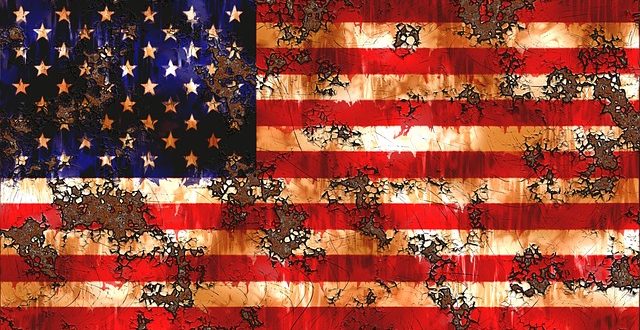 I don’t recognize my country

My grandparents came to America after fleeing Hitler’s Germany. This was the place that gave them a chance to build new lives. Yes, in the 1940s and onward America harbored anti-Semitism and many other forms of bigotry and discrimination. But this wasn’t a place where Jews had to fear death camps. My grandparents met in New York City, married, and in 1945, the year the war ended, my mother was born.

Today, minority populations, Jews included, are struggling to understand and deal emotionally with the madness that went down in Charlottesville last week. My mother, a retired Holocaust studies scholar, recently reminded her Facebook friends of something my grandmother used to say: “It could happen here.” By “it,” of course, she meant another Holocaust.

For a couple of years now, my local conservative acquaintances have been waving off the narrative that says Donald Trump, through actions and nonactions, has emboldened white supremacists and neo-Nazis and Holocaust deniers and racists and all kinds of other bigots. The Daily Stormer, a notorious neo-Nazi website, then published a note thanking President Trump for blaming “all sides” for the violence in Charlottesville and not zeroing in on the neo-Nazis. If the notion that Trump has emboldened extremists doesn’t make sense to the doubters today, it never will.

These days, I don’t recognize my country. I had never, before the past couple of years, felt afraid because I’m Jewish. I’d been told many times that I should, and some Jews I knew even said they expect we’ll eventually be rounded up again, right here in America. My Holocaust survivor grandmother knew it could happen. I enjoyed the privilege of two generations of cushion between myself and the horrors of the Third Reich.

Locally and nationally, that cushion has been worn away. We see anti-Semitic flyers in downtown Spokane, and anti-Semitic graffiti. A few months ago, in an online forum, my name was triple-parenthesized, a way anti-Semites identify Jews in order to set them up for harassment. Living in West Central Spokane, I no longer fear just burglary or car theft. I’m afraid that as a prominent local Jew, I have a target on my back that some anti-Semite may someday feel unable to resist. And so my family and home have targets on them, too.

In a way, I do recognize my country. So much hatred has simply been lying dormant. After Obama’s election, haters wasted little time: They hanged him in effigy and circulating lynching-themed memes. Recently, a well-known comedian was publicly vilified after she mock-beheaded Trump. But the vileness and violence started a long time before that.

But white supremacy is terrorism. All in all, the U.S. has a lot of sins to atone for: genocide against Native Americans, slavery, internment of Japanese Americans, all manner of injustice against Americans of color, including widespread police brutality and, as evidenced by the meager police presence in Charlottesville, some insidious double standards. Yet President Obama was widely mocked by his opponents for apologizing too much on America’s behalf. As a nation, we’re not the best at self-reflection and apology — in other words, humility. It’s hard to be humble when you’re the Greatest Nation That Ever Existed. Some Americans cling to that idea and fancy themselves patriots.

From my vantage point, the soundest patriotism is a consistent pressure, placed on the government by the people it is meant to serve, to be better: to look at injustice head-on and set about righting the wrongs. On an interpersonal level, the best advice I can give people who do not identify with a minority population is to reach out to someone who does. My fellow Jewish FāVS writer, Hyphen Parent, wrote back in February about what concerned Americans can do to push back against anti-Semitism. I’d recommend revisiting her article.

Previous Sensing Your Hidden Presence
Next God forbid I should relax