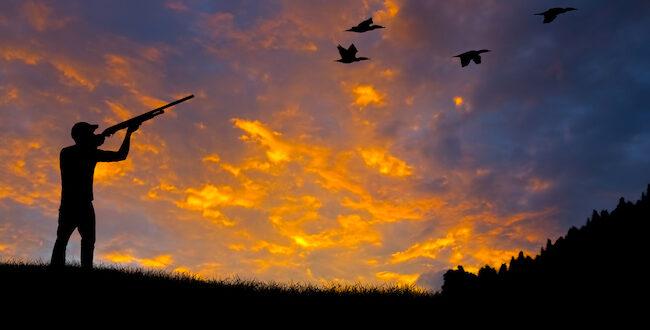 As I stepped out of our cabin in the pre-dawn light, I heard “BOOM, POP, POP, BOOM” from the opposite shore of Lake Chatcolet. Duck hunting season had opened.

I myself was on a hunt for tangy frost-nipped fruit from our favorite apple tree about a mile and a half away. The sound of gunshots surrounded me as I made my way across the lake on what once been a railroad bridge.  Now, thanks to the original inhabitants of our country, it is part of the long and lovely Trail of the Coeur d’Alene for bicyclists and walkers. The tree I was after probably grew from the pit of an apple tossed from a railroad car years ago.

I did not like what I heard as I walked. I do not like the sport of hunting. Sure, for those who need to shoot their guns to put food on the table, hunting is an activity to which I, as an omnivore, cannot object. The only time a handled a gun was when I first moved West and helped a rancher “harvest” her cattle. I thought I should get blood on my hands to show my guilt if I was to continue to eat meat.

Slaughtering animals for food seems bad enough; for one’s self-esteem, beyond the pale. Why must some folks bag a duck, a goose, a deer, an elk, a moose, a lion, an elephant…to prove their prowess?

From my hunting grandsons I gather that it is not just bragging rights that give them satisfaction but the whole experience of the hunt—getting ready the guns, stocking through woods and swamps at dawn and dusk, sharpening the eye and ear, camping out. I can see this. In general, the experience is the reward. The key to the treasure IS the treasure.

Perhaps this is true as well for spiritual hunts. From the beginnings of human culture there have been walk-abouts, quests, and pilgrimages toward far-away destinations. Maybe a cure, or a god, or salvation awaits at the end of the road, but lessons are learned, spiritual insights are gained, and visions given all along the way.

And perhaps all we need is right at hand. Next to the Bible, the most popular book in early Anglo-America was John Bunyan’s “The Pilgrim’s Progress,” which dramatically presents a Christian’s pilgrimage from the City of Destruction to the Celestial City. He must flee family and home, face all kinds of dangers, resist all kinds of temptations, to reach his holy destination.

In contrast, the Puritan poet Edward Taylor presents himself trying and failing to reach up to heaven with his pen, only to discover “the bread of life in at the door” of his heart (“Preparatory Meditation No. 8”). Sacred nourishment is available all around us.

Taking the Shot (with the camera)

Still, the elusive beckons too. On my way to the distant apple tree, I witnessed the sunrise reflected on the nine-bark bushes, a small congregation of circling coots, three diving grebes, and two swooping flickers. If my wife had been with me, she would have shot them—with her camera.

Once at the tree I discovered that as usual the low-hanging fruit was all gone, nibbled away by deer or a black bear fatting itself before hibernating, or stolen by a rival human.  Since the tree is on a steep bank running down to a swampy thicket, I had to risk my shaky limbs just to pick a few bird-pecked apples, maybe enough for one pie. I could see that the top branches of the tree were loaded, but I needed a big ladder or a little tree-climbing kid to unload what they offered.

Of course we yearn for the elusive, inaccessible, ungraspable fruit. It must be the tastiest. It will make us whole, if only…That’s why spiritual hunting season for IT will always be open, even though IT is really in at our door.