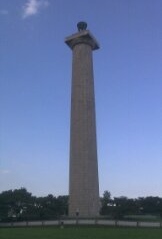 Whoa! What had I done? There I was face to face with this guy standing right there in front of me telling me what for. I was the enemy from his viewpoint. I had said or done something not to his liking and he was calling me on it big time.

Over-the-top reactions seem the norm these days. A “take no prisoners” attitude permeates society. “Such is the state of American civility,” writes Mary Beth McCauley for The Christian Science Monitor, whose story highlights the personal and international ramifications of the etiquette gap as “individuals — increasingly, it seems — defy convention and claim the right to define their own behavior.

I tried to defuse the agitation and be a peacemaker, but I could tell he was too self-absorbed and into the fight. Sure, I wanted to avoid his wrath, but more importantly I wanted real peace for him and me. I hoped to neutralize the “enemy” by acknowledging him, listening to his concern, and apologizing for any infraction. The confrontation ended quietly without further incident.

On the other hand, consider the clash of Commodore Oliver Hazard Perry and Jesse Duncan Elliot. Perry is celebrated as the hero of the Battle of Lake Erie during the War of 1812. The 200th anniversary of the battle is being observed this summer at Put-In-Bay, the little tourist town on South Bass Island in Lake Erie.

It was Perry who penned the now famous line, “We have met the enemy and they are ours.” And while he found success in battle over the British, he was less effective in his dealings with Jesse Duncan Elliot, an officer under Perry’s command who claimed responsibility for the successes on Lake Erie throughout his life.

Perry had quite a temper, according to actor Jeremy Meier, a Toledo native who portrays the commodore in a one-hour dramatization. Neither man was willing to forgive and forget. Both embodied the mentality of Perry’s battle flag slogan, “Don’t give up the ship.” In this case, the battle between both men continued well past Perry’s death.

Humility, civility, and forgiveness are qualities that cannot be overlooked in achieving peace of mind. For that matter, they should be fostered for their health-giving characteristics.

Studies suggest a link between good health and qualities like optimism and happiness. Similar qualities also contribute to longevity. Conversely, rudeness and other negative emotions produce many adverse physiological effects.

WebMD lists a variety of health-related issues surrounding the stress such qualities create, such as heart disease and accelerated aging. Research is advancing the notion that sustained mental negativity is the enemy of well-being, both physical and mental.

Evaluating the qualities that define us and the attitudes they engender can be helpful when considering healthy bodies and minds. Danielle Ofri, M.D., has been evaluating the attitudes of her peers and the effect these outlooks have on their patients. She points out in her latest article for The New York Times that lack of respect in the attitude of health professionals creates an unhealthy hospital environment. Dr. Ofri questions the tolerance of a disrespectful culture in her profession when such a disposition is causing the same harm as medication errors and surgical mistakes.

“Human pride is human weakness,” writes Mary Baker Eddy, founder of the Church of Christ, Scientist. She should know. As a woman she was ridiculed for having the audacity to establish a Christian church, one that reincorporated Christian healing of disease. “Self-knowledge, humility, and love are divine strength,” she goes on to write. That strength was foundational to her healing practice.

It comes down to that unique human quality of humility. It was Jesus who demonstrated that meekness is not weakness. It was his strength. The Bible records Jesus as intimating that there would be a reward for not just putting up with, but loving our enemies. Alongside the benefits of a peaceful life, could we also gain better health?

A monument stands in Perry’s honor at Put-In-Bay, a memorial to peace. Perry's Victory and International Peace Memorial is part of the National Park Service. The world's largest Doric column was erected “to inculcate the lessons of international peace by arbitration and disarmament.”  It symbolizes the uninterrupted peace between the United States and Canada, which share an undefended 4,000-mile border, the longest of its kind in the world.

There is a lot to be said for peaceful borders. The mutual respect between both countries has proven beneficial to its citizens. It provides a lesson for personal interactions, too. A “scorched earth” approach is not the only way to conquer our foes. A more permanent means to peaceful encounters includes truly listening and a deep felt appreciation for others and their stories.

A more unpretentious stance in dealing with others can be our monuments to peace. It’s not always easy … controlling our thoughts and impulses. But it’s worth the effort.

Steven Salt writes about spirituality and thought, and their connection to health. He is a Christian Science practitioner and teacher and writes for Toledo Faith & Values.