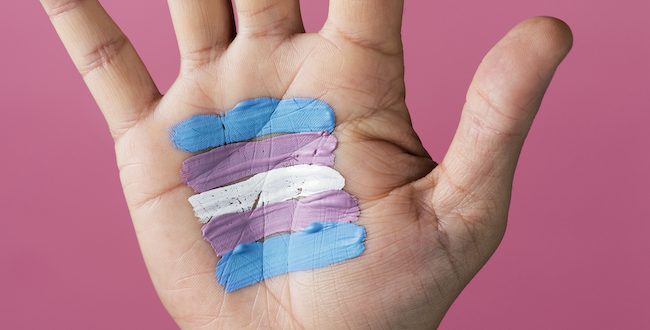 Why are we so obsessed with trans kids bodies?

In the current legislative session multiple states have introduced and passed more anti-transgender bills; this time surrounding trans (primarily trans girls) student athletes. These proposed bills talk of making any child who wants to play a sport undergo a physical exam to “prove if they are really female.” However these laws not only target transgender children, but any child who may look ambiguous and/or if someone thinks may be the “wrong sex” for that team. There is nothing proving that transgender children, those on hormone blockers or hormone therapy, out-perform their cisgender peers, only loud objections from transphobic parents and legislators.

This is not the first round of anti-transgender legislation; every year there are bills (bathroom bills) introduced in various states that single out transgender individuals quoting “safety concerns.” This round of legislation is just another step backwards from gender equity.

All of these proposed legislation say two things:

I came out as transgender three weeks before my senior year started. I had joined Color guard and musical theater. During class I was treated as any other male student, but when it came to using locker rooms and bathrooms I was told that I had to use either the girls restroom or the one in the nurses office for “safety reasons.” Being trans did not give me any advantage on my peers, honestly I was probably the worst one on the team and in class (seriously, I have zero rhythm and couldn’t focus long enough to learn the steps.)

Trans kids don’t want to join sports because they know they will be better than anyone else, they just want to have fun and be able to play sports and be able to fully participate in school just like any other student.

So why as a society are we so obsessed with the bodies of transgender people? Transgender students?

Longer answer? We fear what we don’t understand and when we refuse to do our own research and try to understand that there really aren’t that many differences between us, that fear grows and turns into seeing people as “others” and too different, and that turns into a hatred.

What can we do? Do research. Ask your LGBTQIA+ friend/family member/coworker, join Facebook groups that are open to cisgender people who are wanting to learn, follow transgender activists on Facebook and Twitter (Elliot Page, Laverne Cox, Janet Mock, Chaz Bono, and Sophie Labelle to name a few).

More than anything, just be open to new worlds of information, be willing to learn and grow in your understanding of others, and don’t give in to the fear mongering that pops up.