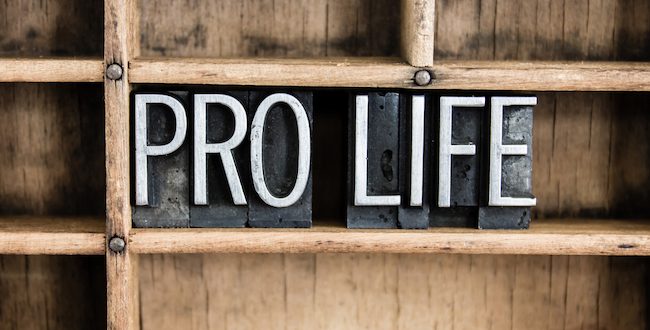 How To Be Pro-Life

Abortion is a divisive topic, but “pro-life” and “pro-choice” are not mutually exclusive positions. Across the country, laws continue to be passed restricting access to abortions, but just because these laws are anti-choice does not mean they are effectively pro-life. There are several legislative ways to protect unborn fetuses and prevent abortion without forcibly denying women the option of seeking an abortion. Here are several ways to be pro-life that are not anti-choice:

“About 400,000 minors in Texas have health insurance through the Children’s Health Insurance Program (CHIP), which covers children and teens whose families make less than $43,000 a year but more than the annual $30,000 income cutoff for Medicaid. States are required by federal law to include coverage for contraception under Medicaid, but not under CHIP.”

Federal legislation requiring CHIP to cover the costs of contraception could help prevent many unwanted pregnancies that often end in abortion.

According to a 2004 Guttmacher Institute survey, about 4% of abortions are motivated by physical health problems. Sometimes pregnancies pose a health threat to the mother and/or child and the mother chooses to abort the pregnancy per her doctor’s recommendation. The necessary medical care to carry a healthy baby to term is expensive, especially without good insurrance, which could contribute to high rates of abortion among low-income women. Individuals and couples who cannot afford to have and raise children should have ready access to birth control to prevent pregnancies, and those who do want to have children should have access to quality health care that will allow their pregnancies to be as healthy and safe as possible.

In 2014, the most common reasons given for getting an abortion included insufficient finances for raising a child; interference with work, school, or care for other dependents; and being single or having problems with one’s partner. In these cases, potential abortion patients should be assured that there are plenty of other homes in which the baby could be cared for if they were to carry it to term. Unfortunately, despite the ruling of Obergefell v. Hodgesdeclaring it unconstitutional to deny same-sex couples the right to adopt based on sexual orientation, there are still many states in which such discrimination is possible. In only eight states and the District of Columbia are individuals and couples explicitly protected against such discrimination. In 10 states, state-licensed child welfare agencies can refuse to allow same-sex couples to adopt based on religious freedom. Protecting the rights of potential parents who could provide loving, safe, financially stable homes would provide another option to pregnant women seeking abortions.

In a national survey in October 2018, 66% of voters said that “they would face serious financial hardship if they had to take up to a few months of unpaid leave for family or medical reasons.” Currently, the Family and Medical Leave Act (FMLA) ensures 12 weeks of leave to employees annually, but there is no guarantee of paid leave. The United States is the only industrialized country that does not ensure paid leave for family or medical reasons, while many European nations provide up to a full year of maternity leave with at least partial pay. As noted above, financial limitations and interference with work are common reasons that pregnant women seek abortions. If these women and their partners were guaranteed paid parental leave, having a baby would be more feasible. Several plans to revise the FMLA have been proposed this year, and such revisions have great bipartisan support.

Previous 20 years of resilience: The story of Jackson Lino
Next Transformation from the Ghetto to Christ: A Human Story