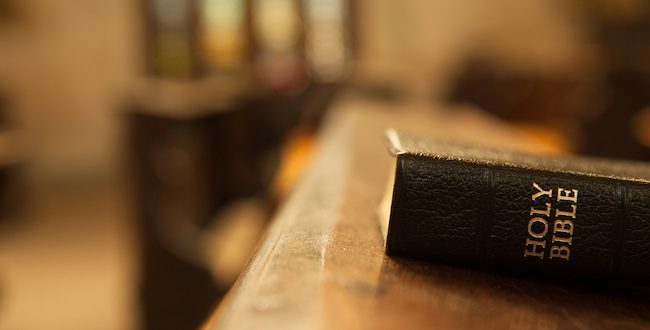 How to Apply the Bible

For many of us, the primary reason we read the Bible is to learn lessons from it that we can apply to our lives. Now that we have explored many aspects of biblical interpretation, it is time to address the final question in this series: How can we apply the Bible to our lives today?

When the Lord first began speaking to Israel through Hosea, he said to him, “Go and marry a prostitute, so that some of her children will be conceived in prostitution. This will illustrate how Israel has acted like a prostitute by turning against the Lord and worshipping other gods.” (Hosea 1:2, NLT)

The first question we should ask ourselves when interpreting a passage like this is, “What is the genre?” Hosea is a prophet. Biblical prophecy often employs imagery and sometimes symbolic action reports. An action report is a sort of performance done by a prophet to symbolize something. Usually, these performances are something shocking that will catch Israel’s attention so that they pay full attention to God’s message, like when Jeremiah wore a yoke around his neck or when Ezekiel tied himself up with ropes and laid on his side for days at a time.

Next, we must ask who the intended audience is, and in what social and historical context. Hosea is prophesying to the Northern Kingdom of Israel, and its rulers in particular. He prophesied in the 8th century BCE leading up to the fall of the North to Assyria in 722. The leaders of Israel at this time were corrupt, and the people had forgotten about YHWH and YHWH’s laws. Hosea is concerned with the people’s infidelity to their God and their consequent unjust behavior. For example, he points out the hypocrisy in Israel’s legal system wherein women were punished for committing adultery while it was totally acceptable for men to hire prostitutes (4:14).

This was a fundamentally patriarchal society in which “a large measure of a man’s honor rested on a woman’s sexual behavior, whether his wife’s, daughter’s, sister’s, or mother’s,” according to Gale A. Yee. In this culture, a woman was expected to submit to the will of the men in her life, especially when it came to sexual behavior, because her behavior reflected on these men.

Finally, let’s consider the language used in this verse. By comparing multiple translations of this verse, we’ll see that there is some scholarly debate surrounding the language in it.

When the Lord first spoke through Hosea, the Lord said to Hosea, “Go, take for yourself a wife of whoredom and have children of whoredom, for the land commits great whoredom by forsaking the Lord.” (NRSV)

When the Lord began to speak through Hosea, the Lord said to him, “Go, marry a promiscuous woman and have children with her, for like an adulterous wife this land is guilty of unfaithfulness to the Lord.” (NIV)

As you can see, there is some ambiguity surrounding the nature of Gomer’s (Hosea’s wife) sexuality, as well as who Hosea should expect to father her children. The phrase which is translated as prostitute/wife of whoredom/promiscuous woman is “אשת זנונים” (‘eshet zenunim). The first word is from אשה (‘ishah), meaning woman or wife. The second word is from זנה (zanah), a verb meaning “to commit fornication.” Translating this phrase as “prostitute” is problematic, because prostitution as we know it today is a modern development and would not reflect Gomer accurately. What we know about Gomer is that she did not abide by the standards of her patriarchal culture and was sexually active outside of the permission granted by the men in her life.

The word zanah is used throughout the Old Testament to refer to Idolatry, such as in Exodus 34:15 which reads, “You must not make a treaty of any kind with the people living in the land. They lust after their gods, offering sacrifices to them” (NLT). There is certainly a connotation of idolatry in Hosea 1:2, which aligns with the accusation that Israel has been unfaithful to YHWH.

So, how do we now apply all of this information to our own lives?

Since this text is a symbolic action report, we know that God’s command to Hosea is a specific command and is not prescriptive for today’s readers of the text. Our take-away should not be to go marry promiscuous people as a sign of unfaithfulness in our societies.

While this specific command many not apply to us, the message which it was meant to communicate to Hosea’s community is more broadly applicable. The concerns of this book lie in loyalty to God and in justice in our communities. Israel was being unfaithful to God, and it hurt God in the same way that infidelity in a marriage hurts. This is a call to repentance – to remember who the one True God is.

Finally, this text is not meant to shame women who are sexually active. The descriptions of Gomer in this book are informed by the patriarchal social context in which it was written and is not an example of a posture to take toward women. Gomer’s role in this story is to metaphorically reenact the behavior of the men leading the Northern Kingdom, and in this way her role is a bold defiance of gender expectations. While in this culture men usually exercise control over female sexuality, Gomer behaves autonomously in her sexuality and, in so doing, reveals the unfaithful and unjust behavior of the nation’s most powerful men.

For our lives today, Hosea 1:2 tells us to remain faithful to God the way we would expect our spouse to be faithful to us.