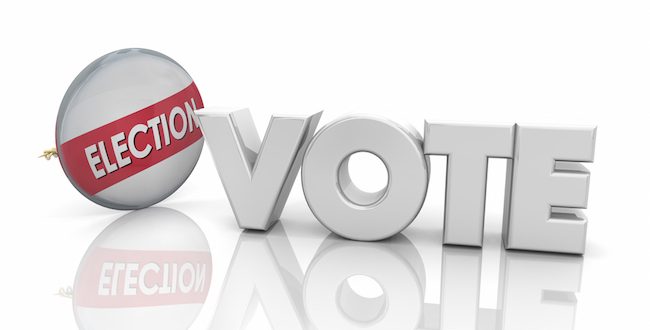 “No Christian worth their salt would ever vote for a person who puts babies in cages at the border!”

“No one can call themselves a Christian and vote for anyone who thinks it is OK to kill babies in the womb!”

The lack of nuance in our political discord, especially among Christians, is a depressing reality I face every day as I scroll through my social media. I should not be surprised because the Bible is clear that “there is nothing new under the sun.” (Ecclesiastes 1:9)

For example, there have been several sects of Christians over the centuries who have believed they shouldn’t be politically involved at all. Anabaptist-like sects are one such group. Some see such a differentiation between the kingdoms of men to the kingdom of God, that they believe abstention from the worldly kingdom, such as by not voting, is how they best reconcile their faith in the world.

While I see this as a valid option and one that deeply resonates with me, I also see another way forward—one in which Christians are actually free to vote their own consciences based on how their own biblical moral reasoning leads them. Only, with the caveat of knowing how a “vote” fits in the grander scheme of Jesus’ purpose in this world.

It occurred to me that the “vote” in our current political environment is much like the coin of Jesus’ day in paying taxes. I know this an imperfect comparison, but hear me out.

The religious leaders of Jesus’ day were hell bent on “catching” him in a mistake or a false teaching. In this case it was around the issue of paying taxes.

These leaders tried to seem reverential and complimentary to his wisdom, but they were secretly hoping to trap him into saying something treasonous “so that they might hand him over to the power and authority of the governor”—to basically get him out of the way of their own political ambitions, which was Jewish independence from Rome. (Luke 20:20)

What I treasure about this scene is Jesus not only knew their motives perfectly, but he transcended this heated topic with this brilliant wisdom.

He asked them first to go get a coin, and then he asked his questioners, whose image and inscription was on the coin? To which they responded: Caesar’s. Then he offered them this gorgeous truth, “Give back to Caesar what is Caesar’s and to God what is God’s.” (Mark 12:17)

What was he saying here?

In other words, the kingdom of God operates very differently than the kingdoms of men.

I posit the same thing Jesus said of the coin for tax use can be said of the vote for political use today. To whose image, platform, and party (i.e., “inscription”) are we voting for? It is certainly not Jesus’ image. Nor can it be said any one party or platform can fully represent a “Christian” ethos.

So, then, while I do think crossover exists between the kingdoms, could there not be an argument that the vote in political matters is, in effect, a neutral decision in the same way the coin toward tax use was neutral in the kingdom of God? Could it not be argued the vote is a free choice for a Christian and how they reconcile their faith with their political witness—a wonderful privilege we get to have in our nation today?

I began to wonder if Jesus was asked by progressive evangelical Christians the question how should we vote on immigration policies, waiting with bated breath, not to catch him in a mistake, but rather to have their opponents caught in their mistaken justifications—how would he answer them?

I also began to wonder if Jesus was told by conservative evangelical Christians all the Scriptures that seem to justify their anti-abortion positions, such as the ones that tell us he knew us and fashioned us in our mothers’ wombs—how would he respond to them—as they, too, waited with bated breath for the justification he could give them by calling out their opponents’ errors.

At heart, I think his conclusion would be the same toward everyone no matter where they landed. Forgive me if I come off sacrilegious, but what if Jesus would answer all Christians in the following way?

In other words, he would be more interested in our hearts toward him and toward one another than in our particular vote.

And we would all be amazed.

Previous Chronicles of Corona: Graduating Senior
Next Here Is How to Select the Best CBD Product That Does Not Go Against Your Faith and Ethical Belief