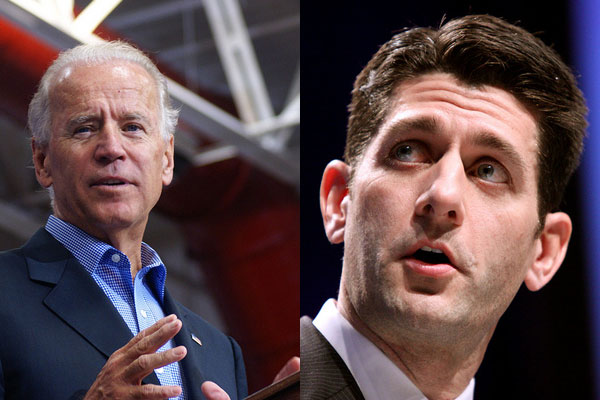 Catholicism’s social justice teachings have often been called the church’s “best-kept secret,” and after Thursday (Oct. 11) night’s vice-presidential debate between Joe Biden and Paul Ryan – the first such showdown between the first two Catholics to oppose each other on a national ticket – that may still be the case.

While moderator Martha Raddatz earned kudos for her performance, her only question about the candidates’ shared Catholic faith came near the end of the 90-minute debate, and she framed it solely as a question of how their faith affects their policies on abortion rights.

That was seen as a victory for Catholic conservatives and Republicans who want to reinforce the image of the church as a “single-issue” religion – that issue being abortion – and a setback for liberal Democrats and others who have struggled to highlight the church’s teachings on the common good as central to Catholicism’s witness in the public square.

“What a lost opportunity!” wrote Michael O’Loughlin at the blog of America magazine, a national Jesuit weekly. “If the moderator planned to discuss faith, and I’m glad she did, why limit the discussion to one issue, however important, when the full spectrum of Catholic social teaching is ripe for an expansive and thought provoking conversation?”

“I think Ryan and Biden both gave convincing, sincere answers,” O’Loughlin said. “But to limit the conversation about their Catholic faith to abortion is shameful. What about poverty? Immigration? Unions? The environment? Believe it or not, these are all ‘Catholic’ issues too.”

Many Catholic leaders, and not just liberals or Democratic activists, have been trying to make that point, and have found an opening this year with Mitt Romney’s selection of Ryan, a GOP budget wonk and libertarian-leaning congressman from Wisconsin, as his running mate.

Ryan has sought to cast his budget proposals – which focus on cutting taxes and boosting defense spending while cutting programs for the needy and the elderly – as more in line with Catholic social justice principles than with the Ayn Rand libertarianism that he said inspired his political career. That contrasts sharply with the more social justice focus of Biden, President Barack Obama’s running mate.

Leaders of the U.S. Conference of Catholic Bishops have called Ryan’s plan morally flawed, and numerous Catholic theologians and commentators – as well as activists on the religious left – have also denounced Ryan’s version of Catholic social teaching as skewed.

The most recent critique came on the eve of the debate, when more than 100 Catholic theologians, economists and scholars released an open letter, “On All of Our Shoulders,” critiquing Ryan’s policies as contradictory to Catholic teaching. It was an effort to balance the view that a Catholic candidate's positions on abortion and gay marriage should trump all other considerations.

Yet when Raddatz asked the men “what role your religion has played in your own personal views on abortion,” those other considerations got shoved aside.

Biden sought to steer the question to issues of “Catholic social doctrine” at a couple of points, but the discussion veered back to abortion. That is the issue on which Republicans feel they have advantage – despite some recent ambiguous statements by Romney about his abortion policy – and it is the issue that leading bishops believe the church should emphasize as well.

“What all this means is that both candidates discuss Catholicism and abortion in ways that effectively clip Catholicism,” Jana Bennett, a professor of theological ethics at the University of Dayton and signer of the “On All of Our Shoulders” statement, wrote Friday on the Catholic Moral Theology blog.

“We knew this would happen,” she said. “This was mere lip service to what it means to be ‘Catholic’ while all the while putting forth particular political parties’ own views. Catholicism becomes merely an issue, and a one-dimensional issue at that.”

Whether the focus on abortion as the lone “Catholic” issue will hurt the Democratic ticket with Catholic voters or the electorate in general is another question. Surveys show that voters do not rate hot-button social issues like abortion high on their list of priorities this year, and Obama has been polling well among Catholics, who tend to be pro-choice with reservations – like Biden.

Viewed from that perspective, Biden and Ryan probably scored well with their respective bases, while the biggest loser may have been the Catholic Church itself.