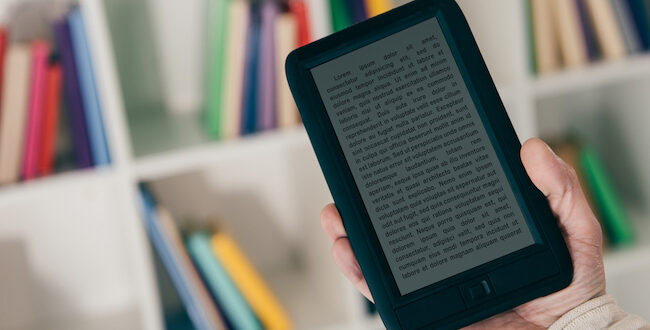 Photo of e-book reader by DepositPhoto

How technology can assist – and hinder – our individual spiritual journeys

How technology can assist – and hinder – our individual spiritual journeys

Until recently, I worked as a software engineer for a company whose goal was to provide electronic materials to assist with Bible study. As someone who participates in a specific faith tradition and who finds beauty in other traditions, I find the intersection of faith and technology particularly interesting. Technology can help us guide our own spiritual journey. However, it can also manipulate our behavior in a direction completely opposite of the values we are trying to achieve.

As a customer support technician and software developer at my previous employer, I saw several ways in which technology could be a helpful tool for individuals on their faith journey. There are many examples, but the most interesting ones to me are those where a person chooses to opt in to using a tool that helps them accomplish something in their life that they desire. Technology in this case allows the user to get something that they want with full consent.

Electronic media allow for more convenient and sometimes cheaper access to books and resources in general. The effect is similar to that of the printing press in Europe in the fifteenth century. Ebook downloads require no shipping and are often significantly cheaper than new versions of printed books. Thus, technology provides increased access to resources related to spiritual traditions. I’ve heard personal accounts of individuals in poverty being able to access books and devotionals online or through download that they never would’ve been able to afford before. At my previous employer, customers often wrote in to thank us for providing a way to read a Bible when they wouldn’t have had a paper copy, such as at a dying parent’s bedside or in the mission field where they had to walk long distances and couldn’t pack any books. There are examples outside of my own experience, including Bible.is, which is making cheap electronic audio devices available to provide audio Bibles to overseas veterans.

Technology certainly has the ability to distract us and hurt our focus. However, it can also guide our focus towards the values we desire. Mobile app notifications have the potential to allow a person of faith to bypass their busy schedules and forgetfulness to continue their journey in several ways. Using them in our software, reminders for verse of the day readings nudged customers to read their Bible when otherwise they would have forgotten. Similarly, prayer and meditation notifications remind people of faith to pray or meditate at certain times of the day and make it more convenient with materials attached to the notification. The result is that technology is giving people more control of their spiritual journey when they choose to use it.

In my role, I saw how powerful mobile apps could be for assisting individuals in their spiritual journey. Features of apps allow people of faith to carry out practices more easily. Meditation apps, like Headspace, allow a person to carry out a guided meditation from anywhere at any time without booking an appointment with a practitioner. Bible study tools in my employer’s app enhanced the experience of reading and studying the Bible in several ways as well. This included a related content section, note-taking abilities and tools for linking original language words with entities in your own language.

If you ask someone what individual changes they want to make on their spiritual journey, you will often hear people include values of love, compassion, empathy, non-harm and non-violence, depending on their tradition’s values.

I’ve witnessed angry and hateful comments against Catholics from people in my own tradition, as well as other traditions.

I’ve seen repeated hateful speech against Muslims who live in the U.S., often coinciding with their immigration status.

I’ve seen consistent apathy from some individuals towards the effort to solve financial and social gaps between races and ethnicities. At the same time, these individuals put substantial effort into defending that apathy.

I’ve experienced temptation myself to post or comment out of fear and anger, instead of empathy and compassion, many times and have not always resisted the desire to press that send button.

Ultimately, it seems that these platforms are tricking people into taking actions that contradict the values that they hold dearest. Companies are often incentivized to keep users engaged with their content with no regard to the negative effects this has on a person’s psyche or spiritual journey. It’s much easier to keep people engaged by inducing a state of panic and fear than by pushing content that promotes empathy and acceptance.

This issue has always been a problem in journalism and media, but methods of accomplishing this have become much more advanced in recent years. Machine learning has allowed software developers to create models that optimize engagement through choosing which ads and posts to serve a user. These models have gotten complicated enough that the software developers who build the models often don’t realize the implications of what they’re building. Specifically, they may not realize that the models promote content that induces a fearful or divisive state of mind. But even when this isn’t the case, there isn’t sufficient incentive to change the status quo.

How do we address these trends? Many people have better ideas than I do, but I hold out hope that solutions based on transparency can reverse some of these trends.

We need to ask companies for accountability in how they are presenting their digital content to users. When there is an opportunity for manipulation instead of guidance, we should require a realistic definition of the relationship between user and company to be made public in plain terms. That means companies need to communicate their selection criteria for what content they show us, including the ways this could skew towards a particular viewpoint or towards divisive content.

We also need increased digital literacy through formal education. Digital media literacy as a standardized high school class would prepare students for the barrage of information that they will encounter, much of which consists of fake news and biased coverage.

As our society develops an awareness of these issues, I believe we’ll start to engage social media with our true values of compassion and empathy instead of hate and fear. Ultimately, that’s the only way we can keep ourselves united in the face of the constant change brought by technology.

Join FāVS for an in-person Coffee Talk on June 5 at 10 a.m. at the FāVS Center for a discussion on “The Effect of Technology in Faith Communities.” Backstrom is a panelist.

[…] 2021 31 Technology can help us guide our own spiritual journey. However,… Source link The HERU Interface of Black […]

[…] FāVS Board Member Ben Backstrom, who has a background in software development and has observed how technology has been a guide in people’s spiritual journeys, who wrote “How Technology Can Assist -and Hinder – our Spiritual Journeys.“ […]