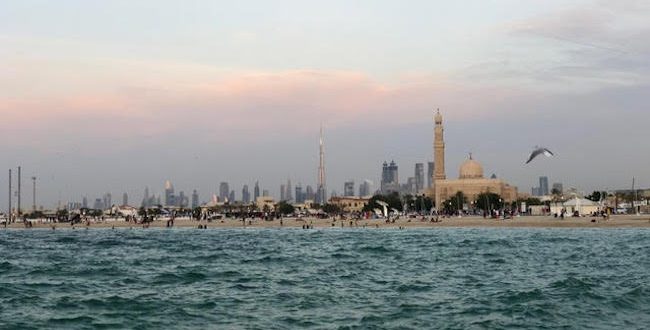 How Muslim Women See Feminism Under The Lens Of Islam

Feminism in itself is intriguing especially in today’s world context and to correlate it with religion makes it more interesting. Often feminism is associated with the West however it’s otherwise. Feminism existed in all cultures and religions in some form.

Throughout the course of history we witness many women who ruled and fought not only for their rights but for their states as well. They were heroes, rebels and leaders. These women belong to diverse communities, religions and demographics.

When we view feminism under the lens of religion, it’s imperative to remember what’s considered oppressive in one culture, demography, community might not be the case in another. Feminism acts differently depending on the need of the society and what’s important to the women in that particular region and society. Since religion forms cultural system which in return influence cultural practices.

In particular my focus for the article is more on how Islam and feminism correlate. The two different kinds of feminisms in an Islamic society — Muslim secular feminism and Islamic feminism — have a different approach towards gender equality.  Their approach towards feminism is very different from the western feminism that excludes religion from its framework entirely.

Before I go any further I would like to define feminism, as feminism is often perceived negative in some societies and many times women claim to be feminist while seeking their rights or demands not knowing feminism is not all about ‘fight’.

According to Merriam Webster dictionary, feminism is “the theory of the political, economic, and social equality of the sexes and organized activity on behalf of women’s rights and interests.”

In order to approach the topic I decided to conduct a small survey to get different sets of opinion. The survey depicted that feminism in correlation with religion can be compatible depending on your opinion, perception and the society you live in.

Based on the questions I asked, I mainly received three sets of opinions. One group considered themselves ‘feminists’ and believed Islam correlates with their feminism. To them Islam is ‘The Feminist’ religion and they believe women who understand Islam would be feminist! One of the examples provided was of Prophet Muhammad’s (Peace Be Upon Him) first wife, Khadija (PBUH) who was older than him and a widow at the time of their marriage.  She was the one who choose to marry him, proposed him and continued her trade business.

I always like to look at Khadija as a prime example of feminism in Islam. She was a businesswoman, in that day and age. She was divorced and she’s the one who proposed to the Prophet (PBUH). She chose to marry him, she chose to work and he always supported her. And if that type of choice or boldness was not “allowed” in Islam, he wouldn’t have married her nor would she have been the first woman of Islam. I think she’s a great example of feminism and Islam. (Anonymous)

The second group claimed to be feminist but find it hard to reconcile feminist beliefs with Islam due to its patriarchal family structure and restrictions from Sharia (Islamic) Law.

Some of the reasons shared by the group were that though Khadija (PBUH) is a great example of feminism in Islam however, at the same time Islam does not give women equal rights when it comes to equal heritage and attestation (as a witness). They do consider and appreciate the rights Islam granted to Muslim women however, they find them questionable!!!

A lot of Islam’s prescriptions are out of date, and I know that a lot of top Islamic scholars are working on revising Islam and literally changing some universal truths about it, but it in terms of what we have today, Islam is certainly not feminist. I do give credit to it for bringing a lot of changes to the roles and rights of women, I mean before the prophet’s time, a woman didn’t even have half the rights she does today, but it’s sad that nothing has been done about progressing forward in 1400 years and that’s questionable. (Heer Sheikh)

The third group did not find them to be a feminist at all. They believed men and women couldn’t be equal. They appreciate the protection Muslim patriarchal society provides them.  They feel they have enough freedom of what they choose and want to do in their lives so feminism does not mean anything to them.

No, I am not feminist; two different men can’t be equal. So how is it possible for a men and women to be equal? I was protected by my father, brother, uncles on the other hand my brother did those things individually. If I want to work study, it’s my choice my parents never forced me to do so. On the other side, my brother was forced to work by family, customs, society, otherwise how will he support his family. Now my husband is taking care of all the expenses of household. I don’t have to do that, still it’s my choice to work but it’s not an obligation to work. Islam was/is/will be a perfect religion. You just need to understand the concept and hikma (wisdom) in it. (Madiha Waqas)

In my humble opinion, “feminism” should not be trying to be equal to man but it’s about seeking your own right and your own place. It’s not about being better than man or equal to man in all manners. It’s about your place in society when it comes to your personal rights. Feminism and women rights are not only associated to the West. As when we look at the history of United States it was not until 1849 women in California were extended property rights. And in 1920 American women won full voting rights. At the same time while there were women flying planes and going in space, Saudi Arabian women were recently given driving. Many a times a reform is late but the work for it should not be slowed down.

Feminism is also about your freedom, freedom to choose, and freedom to speak. Islam does give women many of these rights however; culture has played a crucial role in taking away all these rights from Muslim women. The patriarchal society only sided with the parts of Islam suited to them and in the midst of all this the Muslim women suffer. Patriarchal societies are common in throughout Middle East and South Asian countries and this has impacted how Muslim practice their faith. One has to be open and honest about this debate, I appreciate my religion giving me so many rights but at the same time many Muslim women do suffer sometime due to domestic violence, honor killing, force marriages or inequality. Local traditions, cultures and some religious scholars have twisted the religious views. In the early Islam women rights were reformed for marriage, divorce and inheritance.  But under the shade of patriarchal societies often they do not get any of these rights let alone equality with regard to their gender and sex.

Islam as a religion that honor women with an esteem place, it’s the society that takes it away from them. But here when we discuss feminism and religion we are not only discussing women place in religion itself we are debating women place, a Muslim woman place in the society she lives in and her rights to live in that society. We need to divide the culture, society and religion apart from each other in order to give women their rights. Some of these rights are freedom of choice, speech, inheritance, education, marriage and equal income for all the women of the world no matter what cast, color and religion they belong to!

In the next article l will share my personal story of how I managed to achieve all while living in a patriarchal society and a Muslim country.