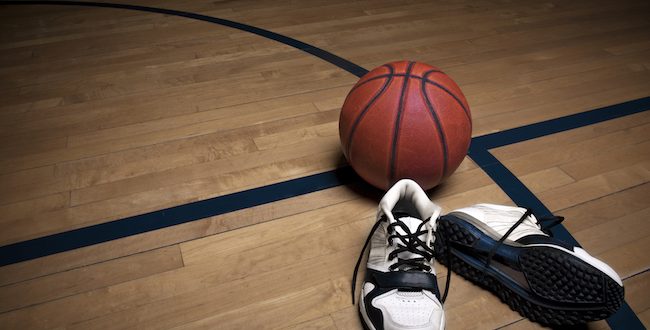 How March Madness brought this family together

A couple weeks ago, I had the opportunity to attend the NCAA Men’s Basketball Final Four in San Antonio, Texas.  There were 70,000 fans, including my dad, mom, and older brother, packed into the Alamodome in order to experience the spectacle that is the culmination of March Madness.  It was a once in a lifetime chance to witness this celebration of sport.  I have spent much time researching and teaching about the ills of sport, especially at the collegiate level where the cultural tradition is that sports is vital to the industrial-education complex, but in reality, the educational value is dubious at best.  In my attendance, there were times when I was a fan, cheering on the Cinderella story team of the year Loyola Chicago, and hoping they may be able to establish a Gonzaga-esque name for themselves nationally over the next few years.  My fandom-pendulum swung the other way as well, wondering how much money was spent on security and game-day support behind the scenes to ensure the magic of the sacred made-for-TV eye candy that unfolding around me as the marketing of student-athletes went off without a hitch.

You see, my life as a “sports guy” has led me to an oft pessimistic view of our favorite American past-times.  I often scoff as students ask “Did you see that game?!?!” as my response is usually jaded as I say something along the lines of “Nah, I have kids and a real life.”  At the same time, I have been witness to the mystique and power of sports, especially through the connections that can occur around sports.  The trip to San Antonio opened doors within my family, which hasn’t always been close or communicative.  Through this gift of a weekend we were able to be together, remember the past, and re-form relationships to move us forward.  It was a bit amazing how many small interactions I had with other fans throughout the weekend.  From our hotel, to restaurants, to our nose-bleed seats, fathers brought their sons and daughters to the games.  Fathers whose sons played basketball at EWU, and who are now making their names in professional circles, to fathers who brought their 6 and 8-year-olds to witness the madness.  I was one of those sons, being able to share this moment with my father, whose own father started the tradition of taking his sons to major sporting events.  My father was in Mexico City in 1968 and shared an airplane ride back to the U.S. with Tommy Smith and John Carlos the day after they had been kicked out of the Olympic Village for their now iconic pose on the medal stand.   They attended the 1979 NCAA Championship game in Salt Lake City when Bird and Magic went head to head for the first time of many match-ups.  While my father happened to experience pieces of history with his father, I wonder, was it about the history?  Was it about the games themselves?  Or was it about something else?

While I was ready for the crowds and energy of the event, what I wasn’t prepared for was experiencing the event through the heart of my father.  Dad, a former high school basketball coach, loves the basketball.  He also loves his family, and was giddy at times as he was able to provide my brother and I with this adventure to Texas.  When I travel without my kids, I find myself missing them and saying things to myself like “oh, my daughter would really like to see that” or “the 7-year-old would LOVE that ride.” Those fatherly thoughts continued throughout the weekend walking throughout San Antonio, but they seemed to be one bookend of my reflections.  Seeing the light in my dad who was sharing the games with his sons served as the other.

As surly as I want to be about sports, it carries a special place for many, and it isn’t really about the happenings on the field or court.  The game itself may not be as important as what the game provides – a space in which we come together.

My flexible work schedule allows me the luxury that many other fathers don’t have.  While my night classes occasionally get in the way of me hauling kiddos to practice or from watching a game, I am able to be at most sports, music, and other events my kids are a part of.  I’m incredibly thankful for the job that I have.  For some reason, however, recently I was able to attend my first Buddy Baseball game, even though my 12-year-old has played in it for a few years.  Each baseball season, many of the Spokane area youth baseball teams work to team up their able-bodied competitive teams with teams made up of athletes with diverse developmental and physical limitations to play a game of baseball.  It was a beautiful evening, the sun was finally shining, and baseball was in the air.  I had my sunflower seeds packed and settled in at the ballfield to enjoy the scene.

However, the inner critic – the sport cynic – was on alert.  While other parents were gushing about the how great the partnership would be for the boys – and how much the boys would learn from the evening, I sat waiting.  My profession, which focuses on teaching sport issues, coaching, and leadership, led me to be a bit leery of the evening.  We know pedagogically that forced volunteerism doesn’t work all that well to raise awareness and change attitudes toward any social issue or special population.  The research shows that one snapshot experience doesn’t produce the changes that we commonly claim it does. Exposure doesn’t equate to understanding.  There is also a line of criticism launched toward Christian mission trips that came to mind.  Many mission projects involve a person or church community doing a “drop in” and completing and project like drilling a well or framing a church have been derided as being a form of neo-colonialism, where the rich whites gallop in to save the unfortunate people in an area.  While the facilities left behind after the trip might be of great use to the people in the area, the connection and long term human to human relationships that Christ calls us to may be tertiary foci in these models.  Is this once a season game for my son simply a means to reiterate his own privilege? In our side conversations, one of the parents gave the oft quoted (and theologically “iffy”) summary of I Corinthians 15:10, “But for the grace of God goes I.”  While the purposes of the evening event may have been purely intended, my radar was aware of the potential for this being simply an activity of inspiration-porn.

However, I am glad to report that my cynicism about sport melted a bit that evening.  Seeing the Final Four, one of American sport’s biggest events with my father, was a window to his humanity, and it worked to reconnect me with the deep love of the man who introduced me to the world of basketball.   Being a father of a youth-sport participant is fraught with potential landmines.   I want to see my kids succeed, and I get hung up in the cultural definitions of success that are limited to “did you win?”.   I have to be intentionally aware of my desires to pressure the kids to win at all costs – to buy into the arms race of the youth sport culture.  With the Buddy Baseball game, the inner voices were calmed a bit, and I was able to appreciate and reconnect with my son.  I got to see him in a new light as he interacted, sometimes pretty awkwardly, with his buddy athlete in a wheelchair.  He helped her bat and run the bases, and even helped her “catch” a fly-ball.  He joked and smiled, and talked with her as he does with any of his able-bodied buddies while they play.  He was simply a kid, playing with another kid.  Both children were locked in their humanity, brought together through this chance encounter with sport.

My icy heart melted a bit as the buddy’s smile was matched only by my son’s as the twilight set in across the field.