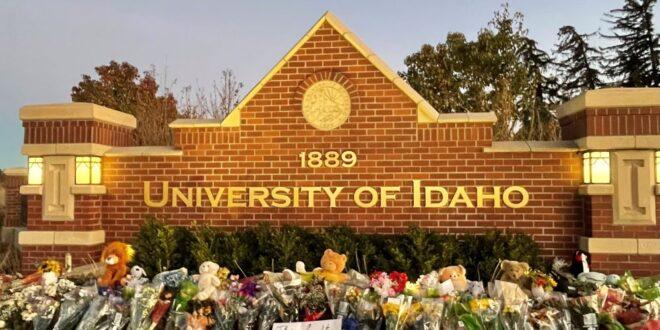 As a young reporter, I was fortunate to have a crusty old editor named Wilbur Johnson.

Wilbur was old school. He chewed lit cigars at his desk and did not mince words with any reporter when they became a bit too flowery or consistently misspelled words. For the first year, I was terrified of him.

But what working four years with Wilbur taught me was how to be a much better writer and reporter. How to ferret out facts and clearly explain what happened.

Watching the coverage of the Moscow murders makes me want to bring back Wilbur, who died in 2010 at age 97, put him in some newsrooms and scare the life out of some reporters.

Why? Coverage of the murdered University of Idaho students warrants it. Some of the news coverage has been good, but much has been less than responsible.

Reporters are supposed to find the news, tease out rumor and innuendo to report facts; but too many reporters covering the story are using rumor as the basics of their stories. Too many are using words like “terrible” and “horrifying” in their work. I’m sorry, but: Duh. Of course the story is, they do not need to state the obvious.

Following the memorial service at UI, too many reporters leaped onto the innuendo for their stories. One Spokane TV reporter speculating the crowd was uneasy because, “They did not know if the murderer was right next to them.” Talk about irresponsible reporting, that is a prime example.

OK, I get it – the information is slow to come out. The police are protecting what information and leads they have. They absolutely do not want to jeopardize this case when it goes to court.

Because of this, many reporters, sent here from across the country, are desperate for anything new to say. In that desperation, they are reaching a bit too far.

The Society of Professional Journalists’ Code of Ethics advises journalists avoid pandering to lurid curiosity, even if others do. Unfortunately, that is exactly what reporters are doing. Rather than saying there is nothing new from the Moscow Police Department, they are overreaching into the rumor mill.

Talking to students is one angle many reporters are pursuing, but why stop with students and administrators? Why not also talk with faculty, staff and townspeople? Or also chat with people at Washington State University? They, too, are deeply impacted by the crime.

Rather than spinning their wheels in the rumor mill, why don’t the reporters look at campus security in general – not just UI, but around the country? All campuses must do annual audits of safety and security for students. These are available to the public. Are there trends?

Talk about the frustration people are feeling, not just the student fear. In a community such as the Palouse, everything is connected and a lack of information leaves a specific void, which people try to fill in other ways. Unfortunately, speculation is a by-product.

Yes, all of this requires some additional work, but it is a much better service to the public.

Back to the SPJ Code of Ethics, some other things reporters covering the story need to remember include (under the “Seek Truth and Report It” subhead), journalists should:

And from the “Minimize Harm” subsection:

Although the SPJ code was adopted after Wilbur died, I know my old editor would approve. By its very nature, journalism can be intrusive and damaging to some people. It is incumbent on good reporters and editors to be ethical as well as tell the story succinctly.

An award-winning journalist and public relation professional, Rebecca “Becky” Tallent was a journalism faculty member at the University of Idaho for 13 years before her retirement in 2019. Tallent earned her B.A. and M.Ed. degrees in journalism from the University of Central Oklahoma and her Educational Doctorate in Mass Communications from Oklahoma State University. She is of Cherokee descent and is a member of both the Native American Journalists Association and the Society of Professional Journalists. She and her husband, Roger Saunders, live in Moscow, Idaho, with their two cats.

Previous The Crucibles of Life Mold Us for Better and Worse
Next Meet Nick. Bible Enthusiast. Eastern Orthodox. Columnist.