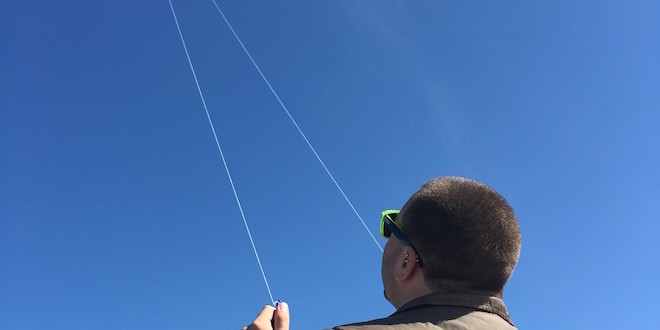 Kyle Franklin with his new kite/Contributed

How God Calls and Equips Us

This past Sunday I took a day trip with some friends to Ocean Shores.  For me, I just needed a break from home (my place is under construction and, until further notice, construction is on hold…leaving boxes and unfinished projects everywhere) and a break from the chaos of the world right now. To be honest, the events in Charleston last week made me feel helpless and hopeless and I simply needed a day away. Finding out that two of the victims received their Master of Divinity degrees from an ELCA seminary and the shooter belongs to an ELCA church was jarring to me. Please note: I know and recognize that it is white privilege that allows me to take this sort of “break” from racism. I also recognize that minorities and people of color can never simply “take a break” from the issue of racism.

So after church we loaded up my car and set off for a long drive, but one that would provide some relaxation and a space uncomplicated by boxes and construction and the chaos that has overwhelmed my life for the past several months. All along our journey, we joked about getting a kite because, well, people fly kites at the beach. And at the end of our journey, we stopped at the last big-box store we could find and purchased a 4-foot plastic kite for six whole dollars.

When we arrived at the beach I hesitated to try flying the kite. The last time I was at Ocean Shores (probably 18 years ago or more), I tried to fly a kite and failed miserably. Beyond my previous experiences, there were many others who brought their kites to the beach.  But these kites were ornate ones with tails and spinners and all sorts of extras. And these kites were soaring. I was honestly nervous that my cheap, plastic kite was going to stay on the ground. But I observed how others were launching their kites and decided to try the same method.

To my amazement, my kite began to ascend into the sky. Contrary to my belief that it would dive-bomb me (like a crow protecting her nest/eggs), my kite continued to ascend. I continued to release more of the line that allowed me to control my kite until it was fully unwound. And my kite soared there—above many of the others—as I never expected it could.

I began to gloat internally. My $6 impulse purchase — a thin piece of plastic — was soaring higher than the clearly expensive kites around me. I was not so proud of my kite’s accomplishment as I was of the fact that everyone else spent so much more than I did and, yet, we all achieved the same thing. Eventually, I began to wind my kite back toward earth and we packed up from our careless day at the ocean.

On the drive home, as my friends slept, I began to return to reality and, as often happens with me, I began to draw connections from my day at the beach with faith and life and our chaotic world.

Earlier in the day, the pastor of the church I have been attending talked about Jesus calming the storm. Jesus, a carpenter, was in a boat full of fishers who, one would think, would be experts at navigating the choppy and stormy sea. But they called on him for help.  In the same way, people of faith are often in the same “boat” in life. She talked specifically about the two pastors who attended the ELCA seminary and the shooter who belongs to an ELCA congregation.

And I thought about the kites. At first, I came to the conclusion that people are like the kites I experienced this past weekend. God — in whatever form God takes — must be less concerned with our form than with our function. Are we doing all that God calls us to do?  And, if we claim that we are ill-equipped, are we actually ignoring an opportunity for God to equip us?

And then I came to an even deeper realization. The idea that we are creatures of God indicates that none of us are $6 kites. Rather, we are all ornate and intricately designed and made. We are all equipped to soar — in whatever area God calls us — and we are equipped to do so, not by our own power, but by God’s power.

“The wind blows where it chooses, and you hear the sound of it, but you do not know where it comes from or where it goes.  So it is with everyone who is born of the Spirit” – John 3:8