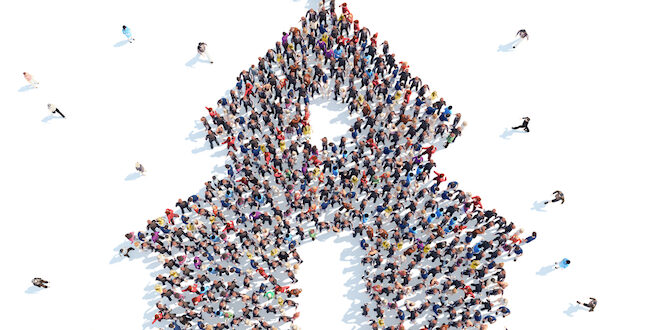 Infographic of people making up the church/DepositPhoto

How God, and the church, helped me find meaning

How God, and the church, helped me find meaning

I had a dream a couple of decades ago where I was sitting at a table, a table in the dining room where my family once lived. I sat worn out, dirty, and tired from a long day working hard. My children were running around playing around me while their mother was in the kitchen. I sat at that table thinking how the burden was worth this; how happy I was I persevered through the battles in life to be able to reap the joy of being a man that did what was right for his family.

It was then, in this dream, that I looked out the window, and there I was looking in at what could have been. I yelled, “No!” as I became overwhelmed with grief and regret. I pictured my waking reality. I was standing outside that window, a failed, broken, sad, and desperate person that had no right to even call himself a man.

I woke up and was living that nightmare. I was a drug addict, hovelled up in a renovated chicken coop, lucky to have the cushion that lay under me on the ground. My family was without the man they needed me to be. I had devolved into a pointless and depraved walking corpse of a human soul because of choices I made, unable to function as a normal person anymore.

I would never say, not even then (not out loud anyway), that I would have been better off dead. But I will tell you now I know what it feels like to believe that to be true.

There are many statements that make sense in the Bible. Many that are not so clear, not as they are written, if taken on their own. Many are often misunderstood and difficult to grasp. There are also words that, if you have not had the experience of some who walk among us, it could be forgiven if you are not so sure they are true.

I have had the experience. There are words I would not have known carry the weight they hold, had I not? A couple of these words, that are as real to me as the light that shines in my eyes, are, “But God…”.

I have said before there is one last person in the world I would ever want to be. I have since near morphed into that man. A religious nut. So I suppose the truth is I am the second to last person I never wanted to become. The absolute last was me before this near caricature I once saw others to be. So I understand if that is how others perceive me.

In all truth, it is how I see myself at times as well, and I’m not exactly thrilled about it. To be more precise I suppose, how I once characterized the people I now congregate with. Somewhat like a cult.

I didn’t grow up in church. Apparently, my family history has plenty of preachers, deacons, and church folk in general throughout our history. But it was never me. Until I guess, I needed it to be.

These people, the church, help me achieve sanity as a way of life. They offer me an active role in a vibrant community. They help me find value and meaning.

This body of people fills a missing component that helps make me whole, something I knew I needed but could never find. Not where I was looking anyway.

It was also the last place I had hoped to find it. The ground that eventually saved, in my mind and my eyes I deemed as unholy.

It is in following rules, or commandments if you will, that I see promises that are stated in the Bible materialize. They are not easy, sometimes defy common sense and reason, and can be at the absolute bottom of the list titled, “What I would like to do”.

It is in doing, and following through, more often than ever before, that I am able to achieve a life I am thankful to be living. Finding worth and purpose in the time that is laid before my feet. I reap fruit from the labor that has grown into the new man I have become.

This new man is because of what God has done.

So do I tell God to do to you, what He has put me through, that made me the better man I am today? Or do I tell you to do the things that helped get me there? I suppose it should be an amalgamation of the two.

I find it rather sanctimonious of me to assume you need help from God as much as I once did. Or is it a mistake to think that you may not?

I try to live by creeds I believe are tried, tested, right and true. I share what I have found to work with others as I go. Good habits have been formed through struggle and strain, and whining and crying as well if I am honest. Giving my soul and submitting my will to what God puts me through has helped create a more fulfilling life than I have ever experienced before. But I was farther down than most people will ever know. At least I hope so anyway.

So I try not to presume. I try not to force Who has been so good to me, that being Jesus, down anyone’s throat. I try to emulate an example of Him who brought me out of slavery into the light of a better life. I try to live simply and honestly, and I hope that you have found a way that you can too.

But I understand what it is like if you do not, or if you just cannot seem to. Because that was me at one time. “But God…”

Perhaps the best I can do is share what has happened to me in this life. And that story includes a God, without who I never would have found the strength.

Previous Freewill: We Cannot Be Fully Human Without Freewill
Next What the Bible Really Says about Loan Forgiveness